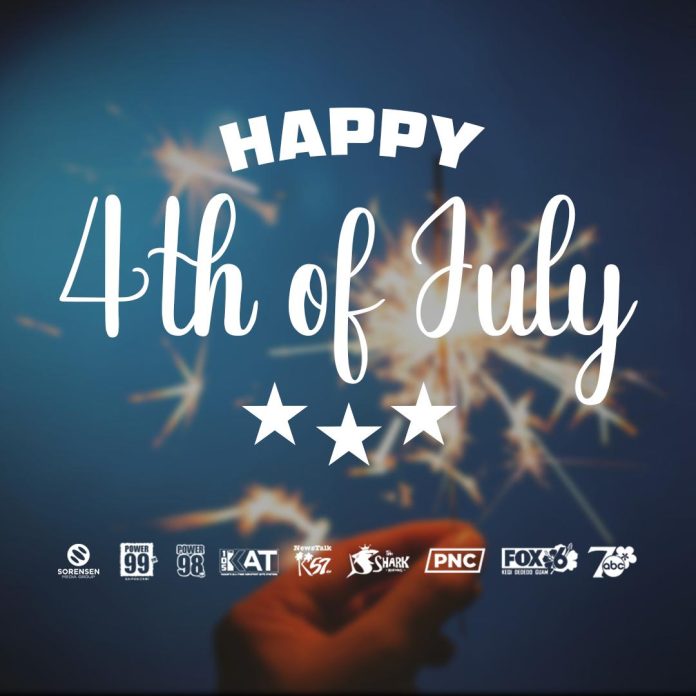 PNC’s Devin Eligio has the report from the beach…

It’s a rainy Independence Day in Ypao Beach — but that’s not stopping the 4th of July BBQ Potluck for the active duty, reservists, and veterans in attendance.

“I appreciate the opportunity that we can even be here having this discourse, you know, a lot of places that wouldn’t even be this possible for you to come out and ask general questions.”

It’s the third annual VFW July 4th Barbecue Potluck on the island. Active duty military service members, reservists, and veterans alike came together today — some to enjoy the food and entertainment, some to tell stories of their time in service — all of which came to celebrate Independence Day.

To POST 2917 Command’s Gary Hendrix, this event is a great time for those who served or are currently serving to come together.

Gary Hendrix, Post 2917 Command stated, “We got the DJ going. It’s open for everybody to have a good time.”

And it seemed that everyone was having a good time.

Service members could be spotted sitting down on the benches along the sides of Ypao’s Main Pavilion, sharing their stories.

Those who were there might have met Bob Carroll, the Chairman of the Buddy Poppy Program on Guam — whose efforts were to help raise funds for service members injured during service.

Bob Carroll, Buddy Poppy Program Chairman stated, “For every dollar that we give, we give back to the veterans and the community, and that’s the way it is.”

PNC spoke with Johnny “Atulai” Taitano, co-host of Newstalk K57’s Vet Talk, member of the Purple Heart Military Order, and worker for the VFW, about what the 4th of July means to him.

Johnny “Atulai” Taitano stated, “The 4th of July is our nation’s birthday. It’s symbolic in every servicemen’s mind as to the birth of our nation, the struggles that we went through — whether it was two years, four years, twenty years, thirty years — it symbolizes the unity of America.”