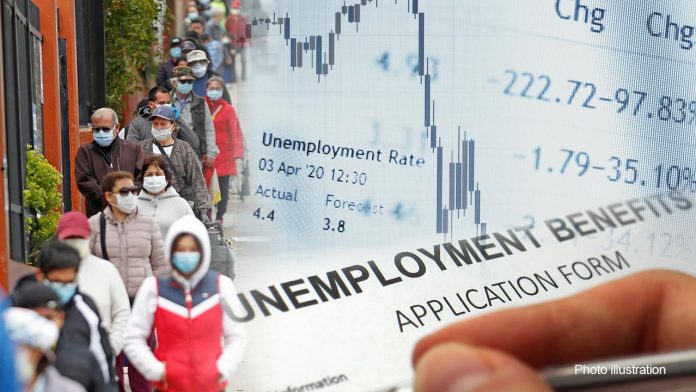 Millions of Americans, including thousands here on Guam, are now facing a sudden loss of their unemployment benefits as a new coronavirus relief package continues to stall, deepening the economic pain of the pandemic.

About 12 million workers are now left with no income after two key federal jobless aid programs created in March under the CARES Act expired on Dec. 26, according to a new study published by the Century Foundation, a nonprofit think tank.

Pandemic Unemployment Assistance, a program created to provide jobless benefits to gig workers and others typically not eligible for benefits, and Pandemic Emergency Unemployment Compensation, which extends state unemployment benefits an extra 13 weeks, have already lapsed.

Another program that padded jobless aid by $600 per week ended in July.

Up to 4.4 million workers were expected to exhaust their unemployment benefits before Dec. 26, with 3.5 million Americans using up the extended benefits (PEUC) and 925,000 running out of the PUA benefits.

Job losses remain elevated, and as COVID-19 cases surge across the country, prompting state and local governments to implement new lockdown measures, economists are increasingly warning of a bleak winter.

“There hasn’t been a bigger need for it in a long, long time here,” Federal Reserve Chairman Jerome Powell said last week, his latest appeal to Congress and the White House regarding another stimulus package.

The longer that workers are unemployed, the more likely they are to draw down savings to make ends meet and increase borrowing. One study from 2010 indicates that 24% of workers facing prolonged unemployment had missed a mortgage or rent payment, while about 10% had declared personal bankruptcy.

The loss in jobless aid would occur simultaneously with the expiration of other social safety nets implemented earlier this year, including a federal ban on rental evictions that is protecting millions of Americans. Once the CDC’s moratorium ends on Dec. 31, between 30 million and 40 million Americans are at risk of eviction over the next several months, according to one estimate from the Aspen Institute.

“Renters experiencing financial hardship due to COVID-19 have exhausted their resources and limited funds just as eviction moratoriums and emergency relief across the United States expire,” the report, which is aggregated from existing research, said. “Without intervention, the housing crisis will result in significant harm to renters and property owners.”

At the same time, a 2011 study has shown that laid-off workers are more likely to skip dental visits, delay necessary medical care, and less likely to fill prescriptions.

“With the stakes of the benefit cutoff perhaps higher than they have ever been before, there also seems to be a grave danger that unemployed Americans could be left behind during a lame-duck session taking place in the overhang of a contested presidential election,” the study said. “But the numbers—and families behind them—leave no excuses for inaction.” (By Megan Henney | FOX Business)