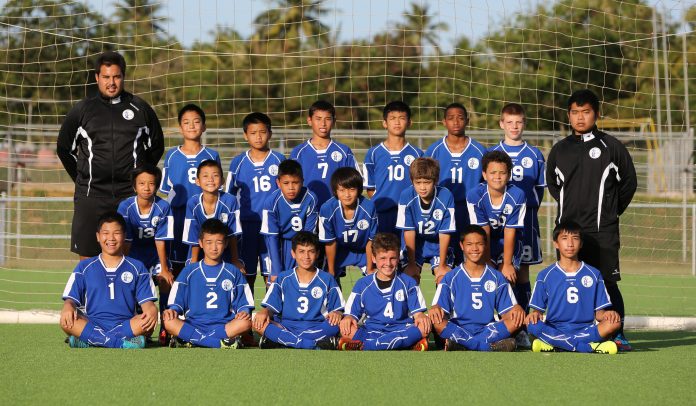 Harmon, Guam- The Mini Matao, Guam’s U14 Boys National team, is set to kick off 4:30 p.m. Saturday Beijing time against Chinese Taipei in Group G of the first-ever AFC U14 Championship Qualifier in China. The team departs early Thursday morning.

Guam has been placed in Group G with China, P.R., Chinese Taipei, Korea Republic and the Northern Mariana Islands. Of the five teams in Group G, the top two will advance to the championship round next year.

“It is definitely our target to qualify,” said Mini Matao head coach Brett Maluwelmeng. “It’s not going to be easy, as we have China and Korea Republic in our group, probably two of the strongest teams in the entire tournament.

“We have a good mix of players. Our strongest attribute is that the majority of the players on the team have been training and playing together for a year in the National Academy. We’ve also recruited some boys outside of the Academy to help the squad,” Maluwelmeng added.