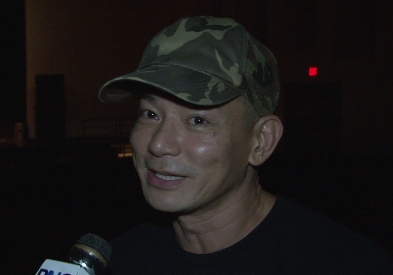 The heat is on in Saigon, and Broadway Guam has brought in a member from the original Miss Saigon European touring cast.

Guam – In the Guam premiere of Miss Saigon, JoJo Urquico will be reprising his role as Thuy, an officer in the North Vietnamese Army betrothed to the leading lady of the show, Kim.

The award-winning musical will be premiering on Guam tomorrow night at the Southern High Auditorium, and will run for two nights only. Broadway Guam invites all residents to be a part of history because next year, Miss Saigon will be going back on Broadway, and Guam’s production is one of few community theaters licensed to perform the show this year.

“I actually opened the Germany production of Thuy with somebody from Guam, Ms. Leah Delos Santos. I first did it 20 years ago,” Urquico told PNC. “I’m back. I’m going to reprise the same role 20 years after, here on Guam. Because this show is also very close to my heart. Miss Saigon opened a lot of doors for Asian actors like me. It’s so nice to be back and reprise the role again.”

Urquico will be performing for opening night only, which is tomorrow. SVIP and general unreserved tickets are still available online at misssaigonguam.com, Java Hut Coffee Shop, and at the box office.