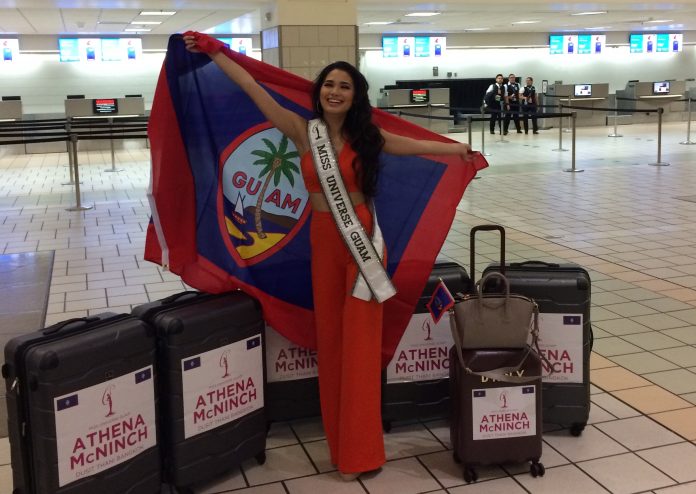 Guam – After months of preparation, Miss Universe Guam 2018 Athena McNinch is now ready to compete in the most coveted beauty pageant in the Universe

McNinch left this morning, headed for Bangkok to compete in the Miss Universe 2018 pageant.

She will spend the next few weeks meeting her fellow pageant sisters from 94 countries, compete in preliminary events, talk with judges and the media, participate in photoshoots and of course, enjoy this once-in-a-lifetime experience.

It all culminates on coronation night, December 17, on a world stage that will be watched by half a billion people around the world. Her proud father, Ron McNinch says Athena is taking her role as an ambassador of Guam very seriously, spending about a month in Manila to be trained by one of the top beauty camps in the world.

The Miss Universe pageant will be hosted once again by Steve Harvey as reigning Miss Universe Demi-Leigh Nel-Peters of South Africa will crown her successor.