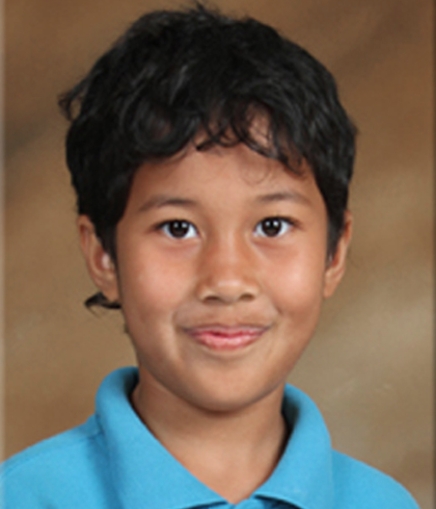 UPDATE: At about 12:30 a.m. Daisy Gruber, the 8-year-old child that was reported missing, was located at a family members residence in Harmon. According to GPD Spokesperson Captain Kim Santos, the minor is currently in the custody of detectives assigned to Criminal Investigations Section. The Investigation is still on-going to ensure that the child’s safety and well being were not been compromised in any way.

Guam – The Guam Police Department is seeking the community’s help in locating an 8-year-old girl named Daisy Gruber who was last seen being dropped off at her bus stop in Maite.

According to GPD Spokesperson Captain Kim Santos, Daisy was last seen along Rt. 8 near the Guam Retirement Fund at about 3:45 pm.

School staff and faculty have combed the area but there has been no sighting from anyone. She was last seen wearing her school uniform which consists of a teal blue polo shirt with khaki shorts. Daisy was described as standing 4′ tall, slim build, medium complexion, very short hair and being of Chuukese descent.

Guam Police Spokesperson Capt. Kim Santos says anyone with information regarding Gruber’s whereabouts can also contact GPD at 472-8911 or 475-8473.