Guam – The reported kidnapping of a 4 year old girl in Missouri three months ago, ended  Saturday with the arrests of  the girl’s grandmother and father here on Guam.

According to a release from the U.S. Marshal’s Service Guam, 46 year old Kirosen K. Hewinin and her 22 year old son Kerweath J. Michiosy were arrested for the kidnapping. The 4 year old girl is Hewinin’s granddaughter and Michiosy’s daughter.

Officers from the Guam U.S. Marshal’s office and GPD’s Criminal Investigation Division arrested Michiosy about 3:30 Saturday afternoon at the Guam Fish Eye in Piti. Hewinin was arrested 2 hours earlier at a homeless shelter in northern Guam.

The 4 year old girl was with her and, according to the release, “the girl was put in the care of the Child Protective Services of Guam.  She is safe now and awaiting the reunion with her mother.”

Michiosy reportedly fled Missouri with his daughter to avoid arrest on the charges filed against him. His mother Hewinin is believed to have helped the 2 come here to Guam, says the release. 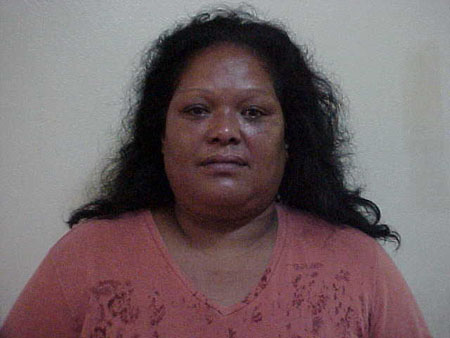 U.S. Marshal’s in Missouri obtained a federal arrest warrant charging both Hewinin and her son Michiosy with “Unlawful Flight to Avoid Prosecution.” Guam Police and the Guam US Marshals Service Task Force were asked to help find the pair.

“After several requests by the mother, both grandmother and father have repeatedly refused to bring the child back.”

READ the release from the U.S. Marshal’s Office below:

MICHIOSY, 22 years old, who is the father of the 4 year old child was arrested today along with his mother, HEWININ, 46 years old.  HEWININ was arrested at approximately 1:15pm this afternoon at a homeless shelter in the northern part of Guam at that time the child was put in the care of the Child Protective Services of Guam.  She is safe now and awaiting the reunion with her mother.  Shortly after, MICHIOSY was found at the Guam Fish Eye in Piti and was arrested at 3:30pm.  Both have been booked and confined at the Department of Corrections and the Hagatna Lockup, respectively.

The charges of the two stemmed from a child kidnapping case in Missouri.  Local authorities in Missouri sought the help of the Guam Police Department who in turn requested the assistance of United States Marshals on Guam.  The US Marshals on Guam quickly agreed to assist with the case and reached out to the US Marshals in Missouri to obtain a federal arrest warrant for both fugitives charging them with “Unlawful Flight to Avoid Prosecution” this federalized the case and allowed US Marshals to pursue the two fugitives.  Guam Police and US Marshals Service Task Force, using all investigative means, set out to quickly locate and apprehend the two and recover the child so that the mother and child could be reunited.

It is believed that MICHIOSY fled the jurisdiction of Missouri State Authorities to avoid arrest from other cases filed against him.  The mother of MICHIOSY, HEWININ, is believed to have facilitated the kidnapping of the child to Guam.  After several requests by the mother, both grandmother and father have repeatedly refused to bring the child back.  The child has been separated from the mother for over a hundred days now.

This arrest is a good example of law enforcement agencies combining resources to quickly locate the child and ensure the reunion of mother and daughter.  It is expected that the mother will come to Guam soon to recover the child.