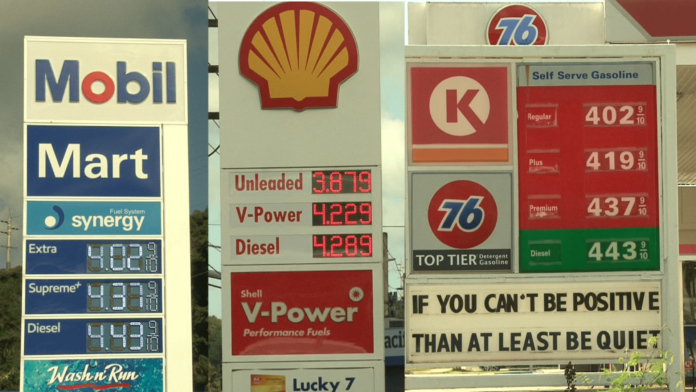 Two gas stations have raised the price of gas again this time by 15 cents.

Guam – Just last week gas went up two cents from $3.85 a gallon of regular unleaded to $3.87 a gallon. Today(Mon.) both Mobil and 76 gas stations had raised the prices but this time by a much larger amount. Both stations are now charging $4.02 for a gallon of regular gasoline, $4.37 for a gallon of premium or supreme and $4.43 a gallon for diesel. This is a 15 cent raise for regular gasoline which means gas prices have increased by a total of 17 cents in the last two weeks alone.

As of publishing of this article Shell had yet to raise their prices; however, all three gas stations typically raise or drop their prices to the same levels within 24 hours of each other. It is not clear whether or not these price hikes have anything to do with the increase to the liquid fuel tax. However, it should be noted that the liquid fuel tax was only increased by a total of 4 cents a gallon.