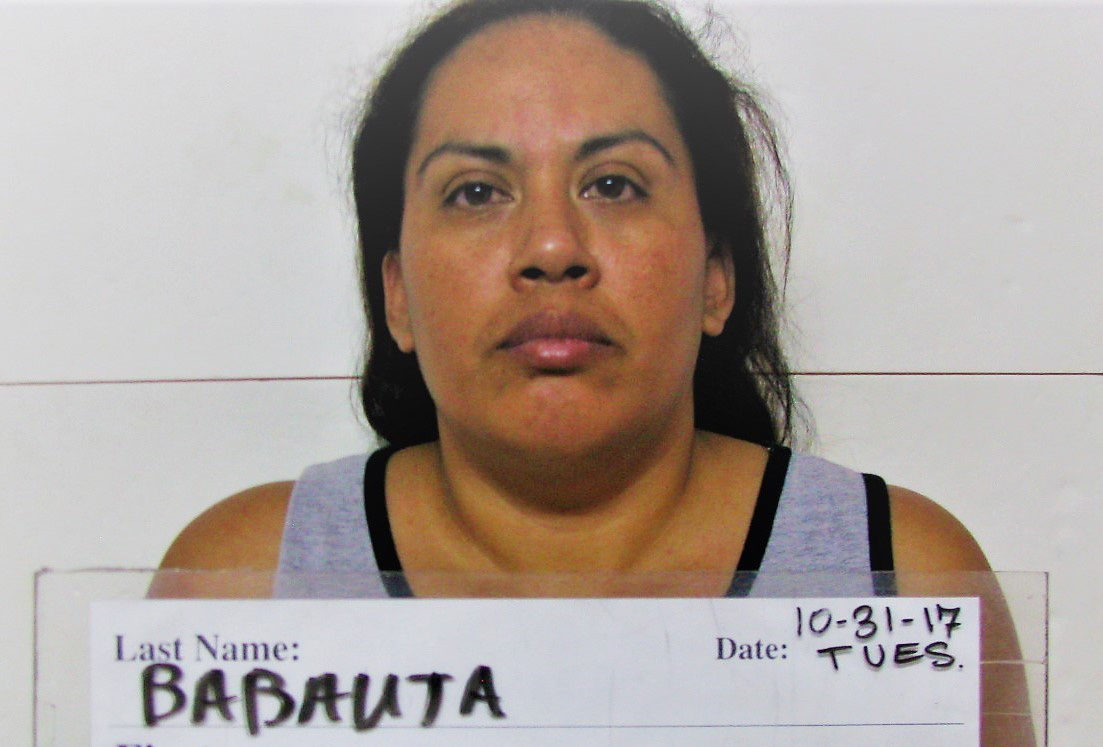 The girl’s hands were swollen and bruised, according to authorities.

Guam – A mother is behind bars, accused of joining her husband in assaulting her 7-year-old daughter.

Thanks to the victim’s attentive teacher, the girl was quickly referred to the nurse’s office after she noticed something wasn’t right. The school nurse reported that the little girl was complaining of pain to her hands which appeared swollen.

A further check of the child revealed that she had multiple bruises to her body, including her genitals and her head.

Police were immediately contacted and through an interview with the 7-year-old girl, they learned that her step-father had punched the girl’s hands because he though she was “hiding stuff from him.” Police say the girl’s own mother, identified as 36-year-old Marian Theresa Babauta, then pinched her daughter in her private parts as the stepfather continued to assault the child.

Police then conducted their own assessment and sure enough they found bruising and swelling on both the victim’s hands, bruising to her wrists, her left shin, redness to her lower lip and a slight bump on top of her head.