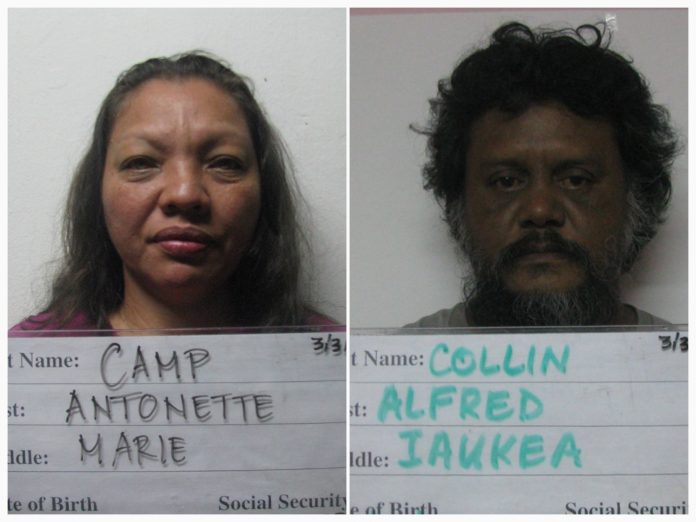 The mother reportedly admitted that she knew her husband was chaining her son to his bed for several hours a day but she never did anything about it.

Police say the boy reported the abuse last Thursday, telling police that the reason he kept running away from home is because his mother and step-father were abusing him.

A report states that Alfred Laukea Collin, 46, would flick his stepson’s ear and would padlock a chain around the boy’s ankle then anchor it to his bed. This, according to police, happened for several hours a day.

Police also note that Collin had previously beaten his stepson in the head with a metal pipe. Just a few weeks ago, Collin is accused of elbowing and punching the victim in the jaw.

When interviewed by police, the mother, Antonette Marie Camp, 47, reportedly admitted that she knew her husband was abusing her son. She also admitted that she knew Collin would chain the victim to the bed, but she told police that she didn’t “know what else to do with her son and that “it was never her intention to abuse her son.”

Collin was also interviewed and police say he at first denied the allegations but eventually admitted to the abuse. “He then stated that he only did all of those things because [the minor] was causing problems,” the report states.

Police say they the victim had some scars on his head and ear, consistent with the reports of abuse.