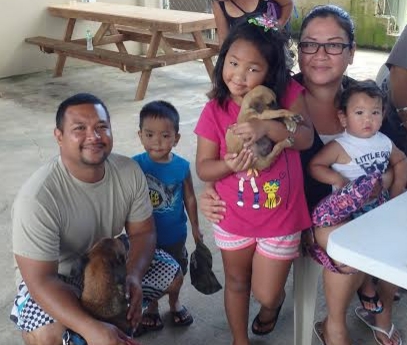 Our neighboring islands are ranked last when it comes to animal protection.

Saipan – In a new study, resident researcher and University of Edinburgh School of Veterinary Studies graduate student Nicole Schafer found that of the 275 Saipan residents she surveyed, 75% of whom are dog owners, 65% of people think that dogs are important to the island and that they should be protected.

Schafer found that 96% of people also think there should be legislation protecting animals. Currently, the CNMI is ranked last when it comes to the issue in U.S. jurisdictions. That can all change if House Bill 19-55 is signed into law.

HB 19-55, authored by Rep. Ed Propst, passed the Standing Committee on Natural Resources and awaits its addition to the bill calendar for its possible passage there. Similar legislation was introduced in the past, but ultimately became stagnant.

Schafer said, “They took into consideration which maybe held other bills in the past back…This one still allows cockfighting. We know that is something that people here want to continue doing. It is regulated but this makes sure it does not become illegal. People can still hunt and ranch. This bill isn’t taking any of that way.”

She noted that the bill would not have an effect on farming, ranching, and hunting. The independent survey also found that 23% of people thought that there were already animal protection laws in existence. 36% of respondents said they had or knew someone who had beat, killed, or neglected an animal.

Schafer said, “People here area their animals very well for the most part. If you do that, people think why do we need to do that? Our community is changing and its just nice to have it in the pocket.”

For his part, Propst told PNC, “We hope for people to submit public comments and testimonials in support of this very important bill.” For many residents like Schafer, it is long overdue.