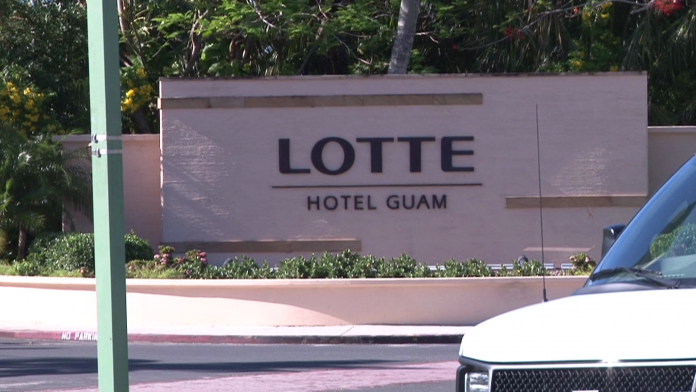 Guam – Yesterday, Lotte Hotel’s executive lounge was shut down for heavy cockroach infestation. It turns out, there’s more; even the Tumon hotel’s bakery and a ballroom are infested with the nasty creatures.

Department of Public Health and Social Services Division of Environmental Health inspectors received another complaint about Lotte Hotel’s bakery after cockroaches were found inside a refrigerator and their bread proofer.

The complaint also alleges that the chef’s office had expired products that were still being used for baking. Although authorities found no evidence of expired products during an inspection, they did observe roaches of all sizes throughout the bakery.

Despite the “A” rating and only three demerit points, the presence of live and dead roaches forced the closure of the establishment.

Coincidentally, Lotte’s Charlotte ballroom was up for a regular inspection and that inspection also resulted in a “B” grading that would have otherwise kept them open but again, roaches shut them down.

According to a Public Health report, multiple live and dead roaches of different sizes were observed throughout the kitchen and storage areas. They even found dry rodent droppings in the ballroom’s storage area.

Yesterday, Lotte’s executive lounge sanitary permit was revoked after a customer complained about finding roaches inside a coffee machine and their water dispenser. A follow up inspection revealed heavy presence of roaches throughout the executive lounge.

Meanwhile, Lotte management issued a statement saying, in part quote “Lotte Hotel Guam is working diligently to resolve the concerns for the safety of our customers.

“Prior to the inspection, we had a professional pest control service in place and are continuing to operate the integrated pest management program. The La Seine Restaurant, The Lounge & Deli, Horizon Café and Banquet Halls are inspected and in full operation. All food preparation is being done in approved kitchen areas.”