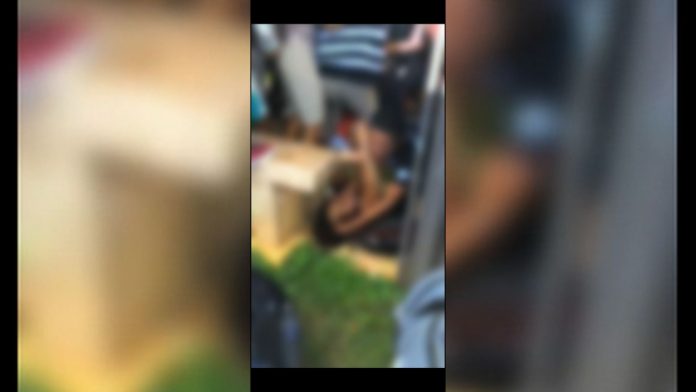 Video of the fight went viral on social media

Guam – A total of 11 female minors, one male minor and 1 adult male have been arrested on charges relating to a riot at Tiyan High School that went viral.

All of those arrested are students at Tiyan High School according to Guam Police Department Spokesman Officer Paul Tapao.

“The Juvenile Investigations Division is continuing investigations at the public schools and all persons or persons will be dealt with accordingly to include anyone who records fights and posts on social media,” Tapao said in a statement to the media.

The minors are all confined at the Department of Youth Affairs according to Tapao.