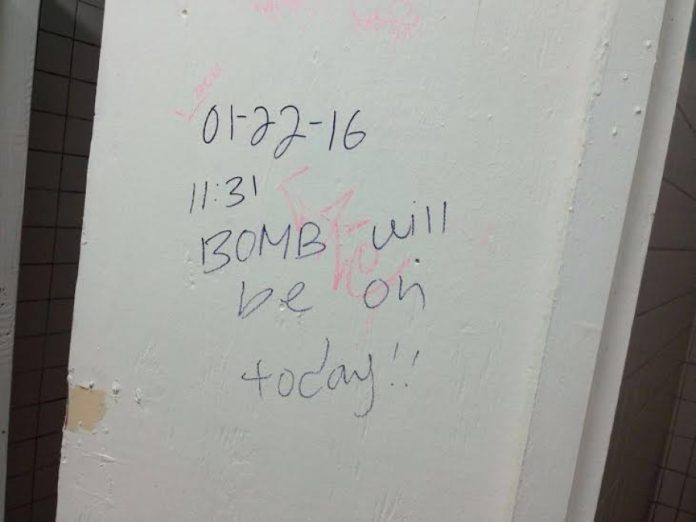 Benavente Middle School and Southern High School are the latest to receive bomb threats this month.

UPDATE: The All Clear was given for Southern High School at 11:59 am. Students were allowed to return to their classes.

This is the first bomb threat for BMS.

For all island schools, this month alone there have been 12 bomb threats.

Read the release from GPD below:

1/25/16, 11:58:23 AM: Paul Tapao: ALCON: 1/25/16 1200pmThe Guam Police Department has confirmed at 9:48 this morning Southern High School received a threat of a bomb within the school’s campus.  As a precautionary measure students and school officials have been evacuated.  Guam Airport Police K9 unit along with Navy Police K9 Unit are currently conducting a sweep of the campus.

1/25/16, 12:08:54 PM: Paul Tapao: At around 8:38 this morning officers from the Dededo Precinct Command recieved inormation from school officials from Benavente Middle School relative to a bomb threat.  As a precautionary measure school officials evacuated the students, where a sweep of the campus was done by Anderson Air Force K9 Unit.  The all clear water given at 10:21 this morning allowing students to return to class.