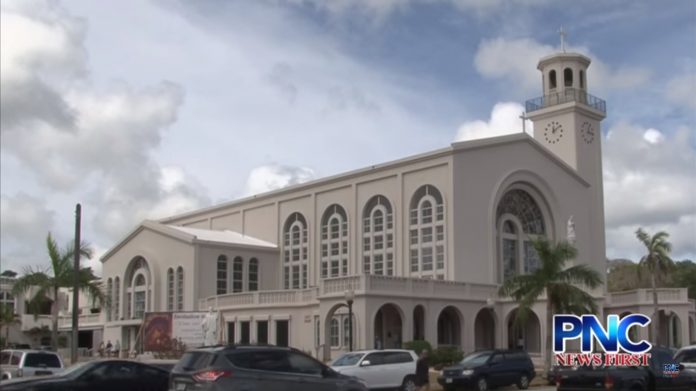 Guam – There are now well over 70 recorded lawsuits filed against the Archdiocese of Agana: through attorneys Kevin Fowler, Anthony Perez, and David Lujan, who represents 61 victims to this point. Since the beginning of the month, there have been six new filings.

These latest victims are represented by Atty. David Lujan. Plaintiff E.V. tells an all too familiar tale in his complaint, saying that abuse from Louis Brouillard began in the early 1970s when E.V. was a teen. Like other victims before him, E.V. states that Brouillard would use the pretext of serving for an early morning mass to get E.V. to spend nights at the Malojloj parish rectory, and would molest him there. Brouillard reportedly rewarded boys by taking them to restaurants. As a scoutmaster, Brouillard took E.V. and other boys swimming and camping, where he would grope the boys during weekly outings.

S.M.T. accuses more than just Brouillard in his complaint. His story regarding Brouillard is similar to E.V.’s, having taken place at the Mangilao parish instead. But S.M.T. goes on to name others as his abusers. In the early 1970s, S.M.T. was about 10 years old when he says Mangilao priest Juan Camacho abused him. He mentions in his complaint an incident in which Camacho was too drunk to drop altar boys home, so they slept over at the rectory. S.M.T. adds that Camacho would have him and the other altar boys watch Camacho have sex with his girlfriend. Another abuser he names is Edward Pereira, who was a Boy Scout leader in the late 60s and early 70s. S.M.T. alleges that Pereira would have older Boy Scouts bring S.M.T. to his tent, where he would molest him. He’s also accused of lining up S.M.T. and other boy scouts and touching them inappropriately, and would reward them by giving them Boy Scout pins or badges.

Another Boy Scout leader accused of sexually abusing boys was Miguel Salas, who was named in a complaint filed by S.D.E., who was 12 years old in 1955 when he claims the incident occurred. S.D.E. was part of the Sinajana Boy Scout troop. He says Salas would molest him at Boy Scout outings as well as on Parish grounds. When S.D.E.’s troop would sleepover at the Inarajan Parish to assist with church functions, he says Salas would fondle him and force S.D.E. to touch his private parts.

During a press conference this afternoon, Archbishop Michael Byrnes shared his thoughts on the growing number of victims who are coming forward. “Every single act of abuse, sexual or otherwise is a betrayal of the trust that a priest or a bishop kind of inherits just by virtue of the office, and to betray that trust by especially in harming the most vulnerable is, it’s unthinkable but when it’s put in your face, it’s kind of devastating,” Byrnes said.

All three of the victims are seeking $10 million each in damages.

You can view the complaints in the attachments below.