There is more money available for Guam businesses to avail of under the federal State Small Business Credit Initiative (SSBCI).

This was disclosed by Clifton Kellogg, director of the SSBCI under the Obama administration, during a webinar hosted by Congressman Michael San Nicolas.

The webinar was attended by representatives from GEDA, Guam Chamber of Commerce, Bank of Guam, Coast360, First Hawaiian Bank, and other business groups and financial institutions.

The SSBCI was created through the Small Business Jobs Act of 2010. SSBCI was initially funded with $1.5 billion to strengthen state programs that support the financing of small businesses.

According to Kellogg, the SSBCI was created in response to the last major recession and its goal is to cover some of the losses that occur naturally in making small business loans or small business investments.

“That’s certainly beyond my budget during the Obama administration, about six and a half times what it was the first time around,” Kellogg said.

The deployment of $85 million in small business support is projected to be available on Guam when President Biden signs into law the American Rescue Plan, the newest COVID-19 relief package.

What’s powerful about the SSBCI program, Kellogg said, is its flexibility, because it allows each state or territory to design its own program.

“And it provides relatively few requirements or limitations on the state or territory. And so the opportunity that this presents is for Guam to decide what works for Guam, and in particular, to decide what will appeal to the private lending institutions on Guam,” Kellogg said.

For the program to work, Kellogg said it would require close planning and coordination at three different levels — the federal level, the territorial government level, and then the local lending institution itself.

“So we say federally funded, state-administered, but in the end, this is locally driven. And I believe this is why the congressman asked me to say a few words. Because getting the coordination right, with your lenders and with your banks, that are located in Guam is critical to success,” Kellogg stressed. 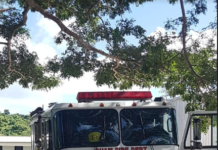 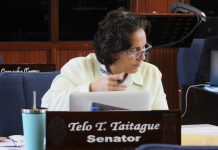