Briggs has been booked and confined.

Guam Police Spokesman Officer A.J. Balajadia reports that Officers from the Dededo Precinct, the Tumon/Tamuning Precinct, and the Violent Crimes Task Force served a search warrant this morning at 6am on a home on East Pulan Court in Latte Plantation Mangilao.

According to Officer Balajadia, over 100 marijuana plants were found growing on the property and they have been confiscated. 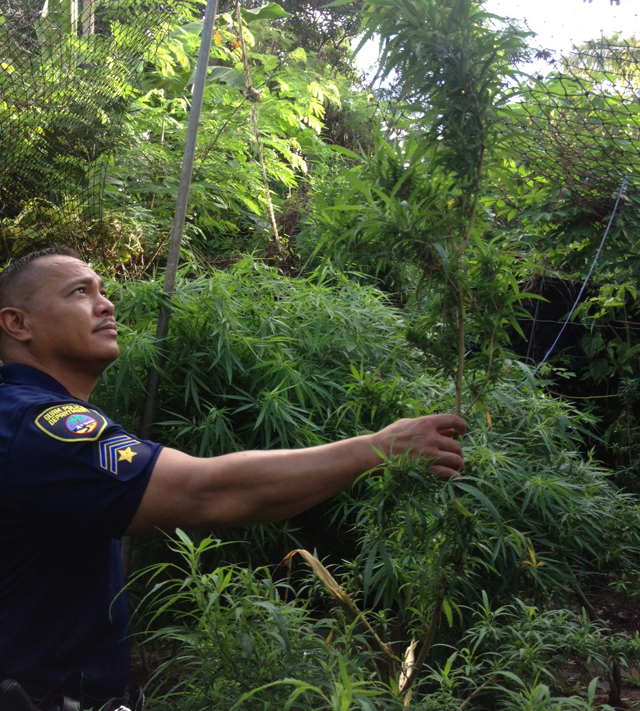 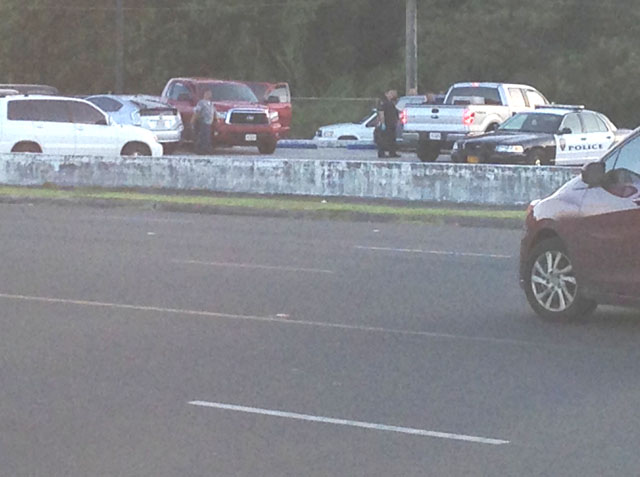 Officers with the Dededo Precinct received information a few weeks ago that the suspects was growing marijuana on their property.  Once verification was established, a search warrant was issued. Over one hundred plants were located on the property and confiscated.