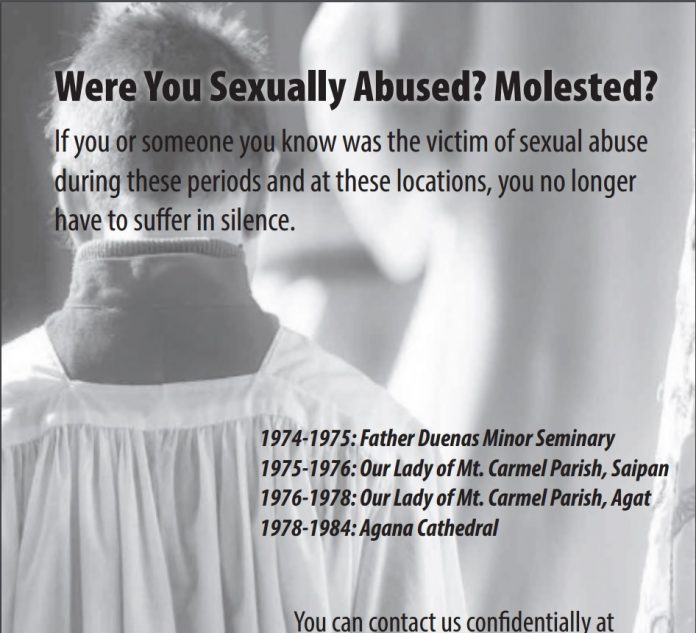 The paid advertisements called on victims of clergy sexual abuse to come forward.

Guam – More than four victims of clergy sexual abuse have come forward since the release of paid advertisements went out to the public.

These paid advertisements were released earlier this month calling on victims of sexual abuse to come forward. The ad focuses on specific dates and locations, which, according to local Catholic blogger Tim Rohr, are targeted at Archbishop Anthony Apuron back when he was a priest in Guam and Saipan in the 1970s and 1980s.

Dee Peredo, whose number is listed in the ad, says she has received at least four phone calls , all of whom claim to be victims of sexual abuse.

The other person listed in the ad, Ernee Perez, says she’s received phone calls as well but she could not release any further information.

The archbishop has already been publicly accused of sexually assaulting an altar boy in the 1970s.