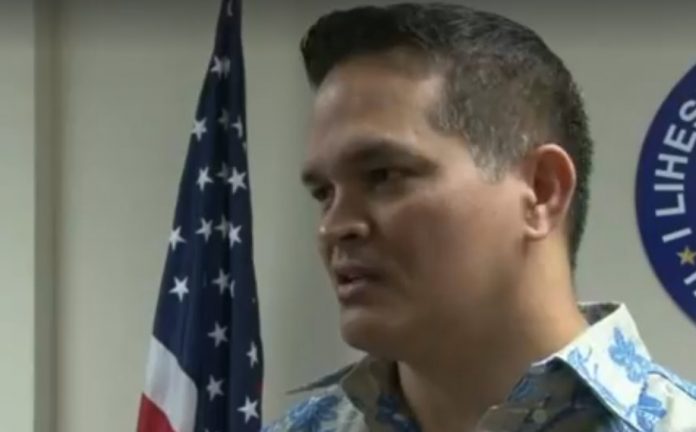 Sen. Tommy Morrison’s bill will place restrictions on the number of signs each candidate can have.

Guam – New legislation from a Republican lawmaker seeks to further restrict political signs on island. We spoke with him and got reaction from residents on this proposal — just introduced earlier today.

It’s long been a fixture of election season: signs dotted up and down government and private property.  For Senator Tommy Morrison, it’s “clutter” that needs to be cleared and serves as a follow up to a previous law he authored that put teeth to regulations on when signs should be taken down after elections.

“You saw in the last election many signs come down a lot quicker. So it was very effective,” said Morrison. “So this just following up on what I was attempting to do in the 32nd Legislature — to put a cap on how many signs I believe is fair and reasonable out there, that can get your message across. We know in this world there’s a lot of means to get your message across: via social media, that’s one.”

His bill limits this kind of political activity in a several ways.

First, political signs will no longer be allowed on GovGuam land in Tumon and roadways into the village. Deposits with the Department of Revenue and Taxation will increase from $200 to $1,000, if the measure is passed.

The amount of signs allowed on GovGuam land will be capped at 75 for gubernatorial campaigns, political organizations and political action groups; 50 for legislative, congressional, and all other candidates subject to an island-wide election like the Education Board; and 25 signs for each candidate for Mayor or Vice Mayor.

But the proposed reform that may get the most pushback, are limitations of private citizens’ freedom of expression. Morrison’s measure says political signs on private property shall not be posted earlier than 60 days before a special or general election and will no longer allow for signs larger than 4 by 8 feet.

“They should set some limitations to that, because some of them are so ridiculous with their large signs, some are so small. But the bottom line is you need to have some limitations for the safety of the people on the road,” one person told PNC. But others were not so supportive.

“I think it needs more time for gestation, so people can take time to figure out who’s running,” agreed another resident, but added, “Now the one thing that I do agree with is that we should follow the signage laws that are existing on the books and that says that they have to be at least 8 feet in from the road. I see all kinds of violations on Guam — political, commercial, non-profit, and otherwise, and I think that should be corrected.”

“If the signs are within reason, I think that they should be able to put it up, especially on private property. That’s why we have freedom: to express who we want to elect and show the people that we are a free country. And we can voice our opinion,” a fourth voter told PNC.

Anticipating this kind of criticism, Sen. Morrison rebutted, “We’re not stopping you from expressing yourself. We just want to ensure that there is a fair playing field, or that there are some guidelines to how we go about our political signs as it’s done in many jurisdictions.  I think it’s only fair that we try to do something about this.”

You can read Morrison’s bill in its entirety, at guamlegislature.com.