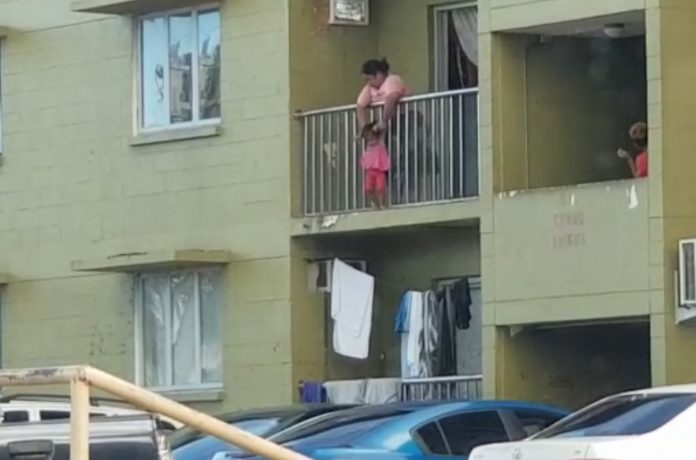 A mother seen in a video dangling her 2 year old daughter over a second floor balcony has been arrested, according to Guam police spokesman Sgt. Paul Tapao.

The video has been widely circulated on social media.

A person can be heard on the video expressing his surprise with an an expletive. He asks aloud “What is she doing?” A horn is heard honking and the woman retreats into the apartment with her baby girl.

Sgt. Tapao said that a police officer at the Hagatna Precinct Command recognized the location as the RK Apartments in Hagatna.

Patrol officers  went to the apartment building, found the woman and arrested her.

She has been identified as Noriann Tommy. She is now facing allegations of child abuse, reckless conduct and family violence. She has been confined at the Department of Corrections.

Sgt. Tapao says that Child Protective Services was “contacted and apprised of the case investigation.”

The case has now been forwarded to the Office of the Attorney General for prosecution.