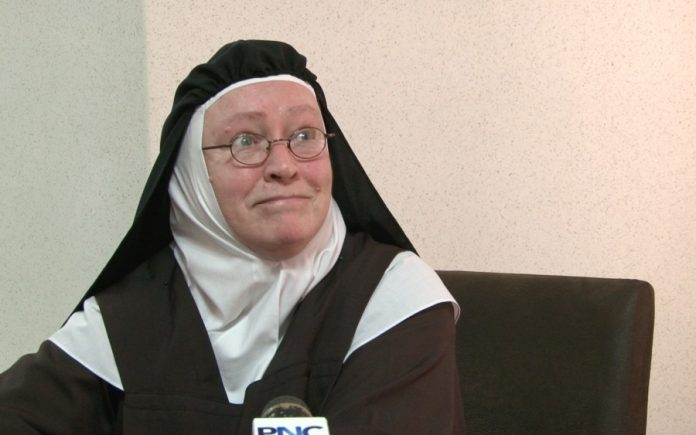 Guam – Mother Prioress Dawn Marie confirms that there was a plot against her life after she dropped a bombshell on Archbishop Anthony Apuron.

Mother Dawn Marie revealed yesterday that she, on behalf of the Carmelite Order, was the anonymous donor of $2 million dollars to the Archdiocese back in 2003. The purpose of the donation was to pay off a loan for the acquisition of the Yona property.

On News Talk K57’s Mornings with Patti, Mother Dawn said she had received word that there is a credible threat against her life.

“I had people call me last night volunteering to be body guards and what have you,” she said. “But I had no fear in [revealing Apuron’s lie] because there’s nothing wrong with it and I wouldn’t stir up all kinds of problems unnecessarily.”