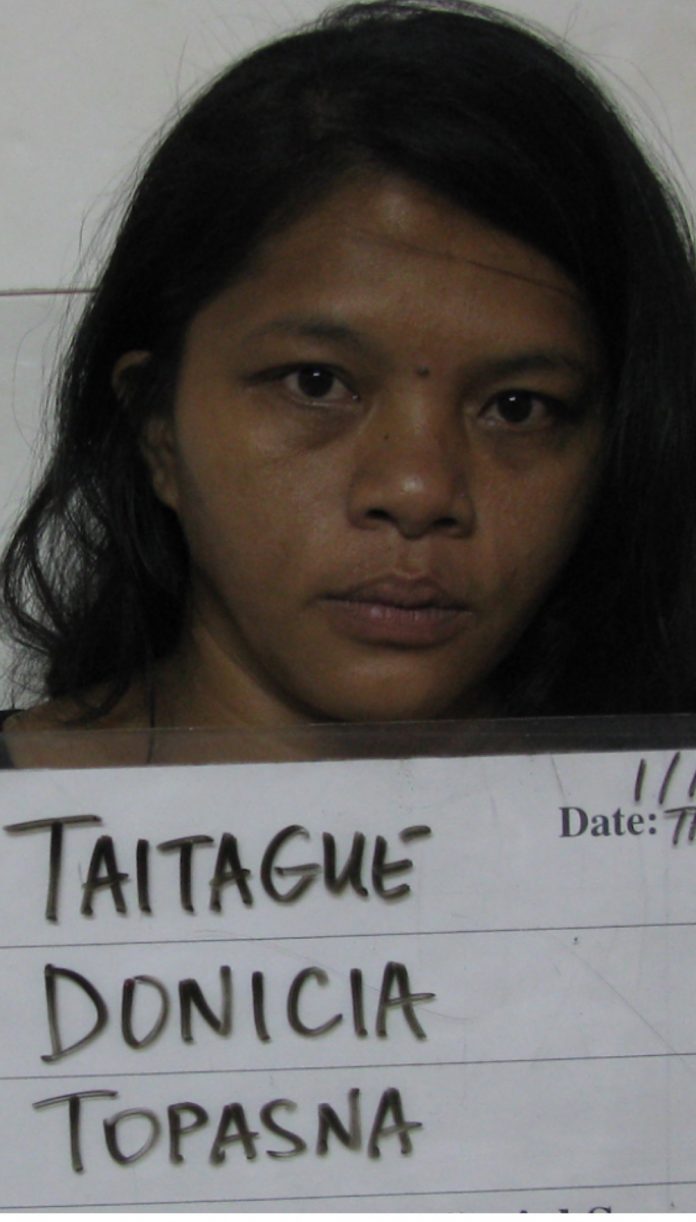 Guam – Nearly five hours passed before police received a phone call from a woman who has been identified as the mother of the 4-year old child who was found wandering a Yigo school campus.

Donicia Topasna Taitague called police looking for her missing child following an announcement by authorities that they were searching for the parents of the little girl. The 4-year old girl was found by F.B. Leon Guerrero Middle school personnel at 4:30 p.m. on Wednesday.

According to police, Topasna meet with officers nearly five hours after the child went missing. Police have yet to disclose the circumstances which led to the child being discovered but did state that the department worked with the Child Protective Services (CPS) on the case.

GPD Spokesman Sgt. Paul Tapao stated that the child was turned over to CPS and the mother arrested on offenses of child abuse and child neglect.

Topasna was booked and confined.