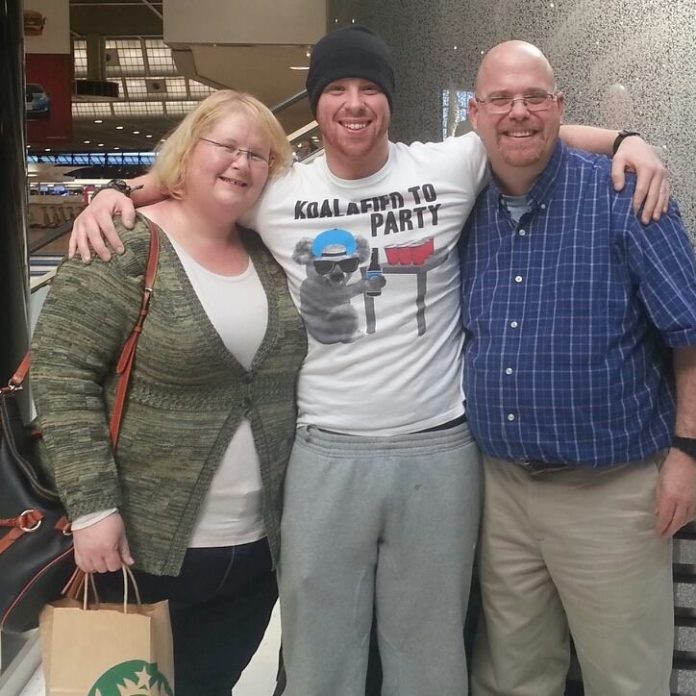 Kevin Tuttle’s body was recovered a couple of weeks ago after waters swept him out to sea near Marbo Cave, but what was the story behind it?

Penny Tuttle says, “He and his dad had a great three days, just lots of fun, hiking, swimming.”

It was a memorable trip with a tragic ending for the Tuttle family.
Kevin Tuttle was enjoying a brief stay on Guam with his dad Robert, when he was swept into the ocean on the last scheduled day of their visit. The pair found a beautiful place to sit along the Marbo Cave cliffline. His mother Penny describes what happened next.
Penny says, “Apparently he saw that and got really excited. He wanted to sit, get down there, sit on it and watch the waves. He was just sitting there looking at his dad and had a big smile until a rogue wave came and took him out into the water.”
Robert tried to phone 911, but there was no service in the area. Kevin, who was training to get back into the military, fought the rough waters for as long as he could. Four local boys hiking around the area saw what happened and ran up the trail with Robert’s cellphone where they were able to call 911. However, by the time rescue units arrived, it was too late.
Penny says these were Kevin’s last words: “He told Kevin ‘I’m going to go call’ but Kevin yelled out to him ‘Don’t leave me, dad’.”
Since the Tuttles weren’t from here, they were not fully aware of the dangers in the Marbo Cave area but Penny said if there was some sort of signage or a warning, maybe her son would still be here.

Penny recalls her favorite memory of Kevin. She says, “You go back to the beginning, the day he was born, and you hold him for the first time, you hold that baby, and you know he’s our only child.”
Those close to Kevin have made an online donation page to help Penny and Robert through this tough time.
The link to the site: http://www.gofundme.com/j8q9s0