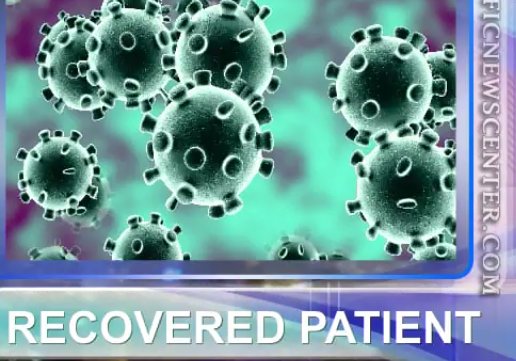 It’s a long path towards recovery for one stay-at-home mom who tested positive for the coronavirus. PNC spoke with the woman, who doesn’t want to be identified, but shares what it’s like to have the coronavirus.

The stay-at-home mom was sick for almost three weeks. She said that some days are good and some bad. It wasn’t until 6 days ago that she began to feel better.

“For almost two weeks I was feeling sick. But then a week before the 23rd, that was when I was having chest pains and I was throwing up and I had minor body pains,” she said.

That was the first time she called for medical help but when the ambulance arrived and checked her vitals, it was normal, and so she stayed home.

“Yeah, it felt like the flu a little bit worse because I was short of breath a lot. It was frequent and I had chest pains I couldn’t keep any food down. I kept throwing up and I felt weak. Like I didn’t even have the energy to cook for my kids,” the mom said.

Two weeks later, her husband had to call 911 again because her shortness of breath worsened to the point she felt like she couldn’t breathe.

“Well, first in the ambulance, they did my vitals and they told me I had a slight fever and my oxygen level was low. So they had to pull over at the Agana Cathedral, the church there, and they had to change into their gowns, you know. And then the paramedic told me I am a PUI. So after that, they got out of the truck dressed, they came back and upped my dosage on the oxygen,” she said.

Arriving at the hospital, she was made to wait in the ambulance as the hospital staff was not prepared for her entrance. She says she was led to a room as nurses were putting on their protective gear and an hour passed before she was seen.

“Later, they did a chest X-ray and after the chest X-ray, 30 minutes later, I did the flu test and the COVID-19 test,” she said.

The mom was released from the hospital later that night and asked to quarantine at home until the results came back.

She waited two days before getting what she described as an “uninformative call” from public health.

“They couldn’t even give me information. They said, oh the hospital is supposed to give it to you. So I had to do all these runarounds on the phone, calling different people from the hospital, got my results and had public health basically just checking up on me,” she said.

A week after falling ill she says her health was up and down.

“I will get weak and if I just talk a little or something I would start getting shortness of breath then I would start feeling feverish, with chills and then I’d take Tylenol and I’d be a little bit okay and go to sleep for like half the day and when I wake up, I start to feel a little better, but later on towards the afternoon, I’d start relapsing again,” she said.

While under quarantine, she says there really wasn’t any home visits to see if she was complying, just two phone calls a day asking her about how she feels and if she is staying home as directed. Public health only showed up once to drop off paperwork other than that she has not been seen at a clinic or the hospital for a follow-up.

The woman has been symptom-free for six days now and is just waiting for a phone call from the hospital to certify that she has recovered.

She reminds the community to stay home saying that having the virus really took a toll on her body.