Guam Fire Department units are at the scene of a two-car motor vehicle collision which resulted in an auto fire on Route 1 in front of Boonsri Plaza.

According to GFD spokesman Kevin Reilly, the passenger of the vehicle was able to exit the car prior to the fire and is being treated for injuries. 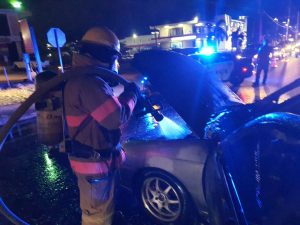 The Guam Police Department is at the site of the collision conducting its investigation. Motorists are advised to expect delays while traffic is being rerouted.