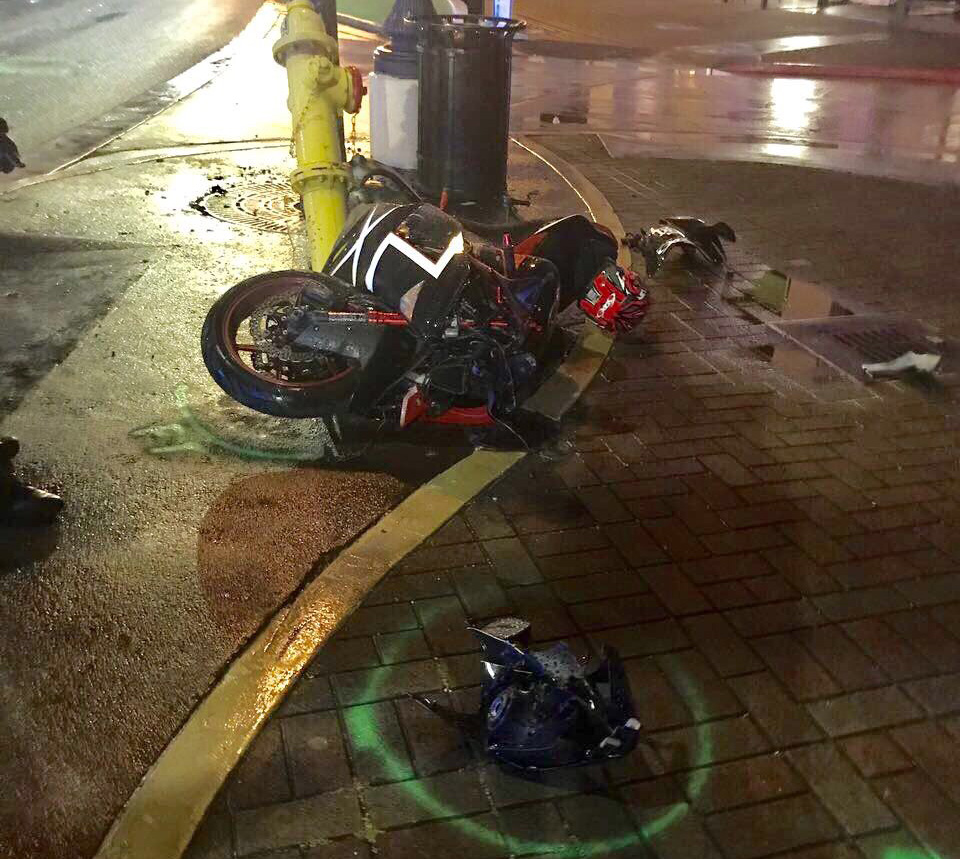 A fatal motorcycle crash has claimed the life of a 35-year-old man who has been identified as David Coplin Sr.

Guam – Pictures of a single motorcycle crash in Tumon indicate that the motorcyclist may not have been wearing a helmet as the lid is strapped to the bike.

Coplin was riding his 2008 Kawasaki GX traveling south bound by Outrigger early this morning. According to GPD Spokesperson AJ Balajadia, the motorcyclist lost control of his bike striking the curb and ultimately colliding with a fire hydrant.

He further stated that the operator appeared to have sustained skull fractures and head trauma, he was pronounced dead 30 minutes later.

Espinola determined that Coplin’s death was due to a skull fracture.