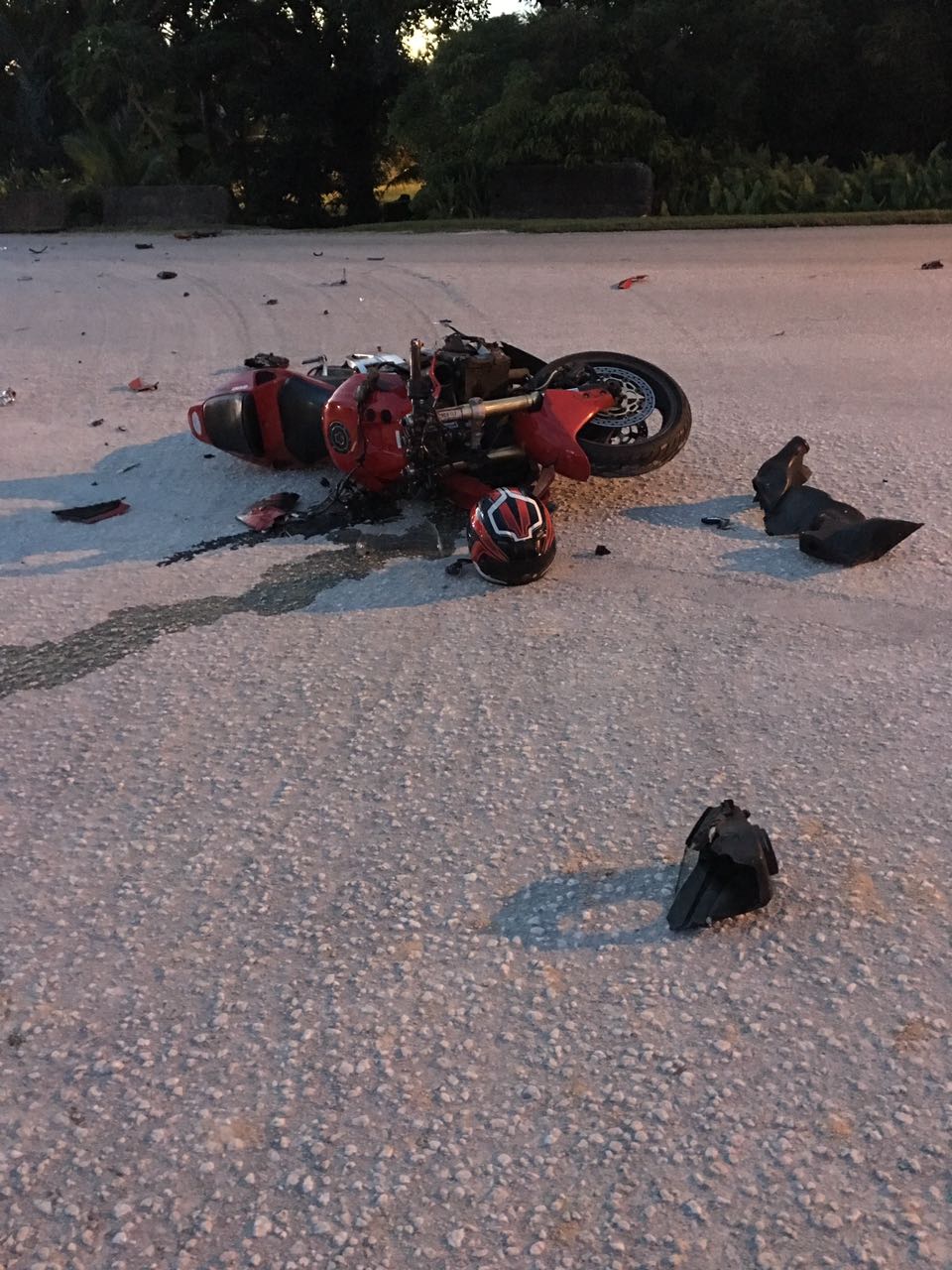 A man is in serious condition after his motorcycle collided with a another vehicle on back road to Anderson.

Guam – At around 5:40 in the evening on Tuesday, a man operating a Dodge Ram truck was exiting onto Rt. 15 from Smithbridge when he collided with a motorcycle, said police. The male operator of the motorcycle appears to have struck the rear end of the truck.

According to GPD Spokesperson AJ Balajadia, the motorcyclist was transported by medics to Guam Regional Medical Center where he remains in serious condition.

Traffic was temporarily re-routed thru Takano Subdivision while the Guam Highway Patrol Division investigated the crash.

This is the third accident involving a motorcycle in less than a month.