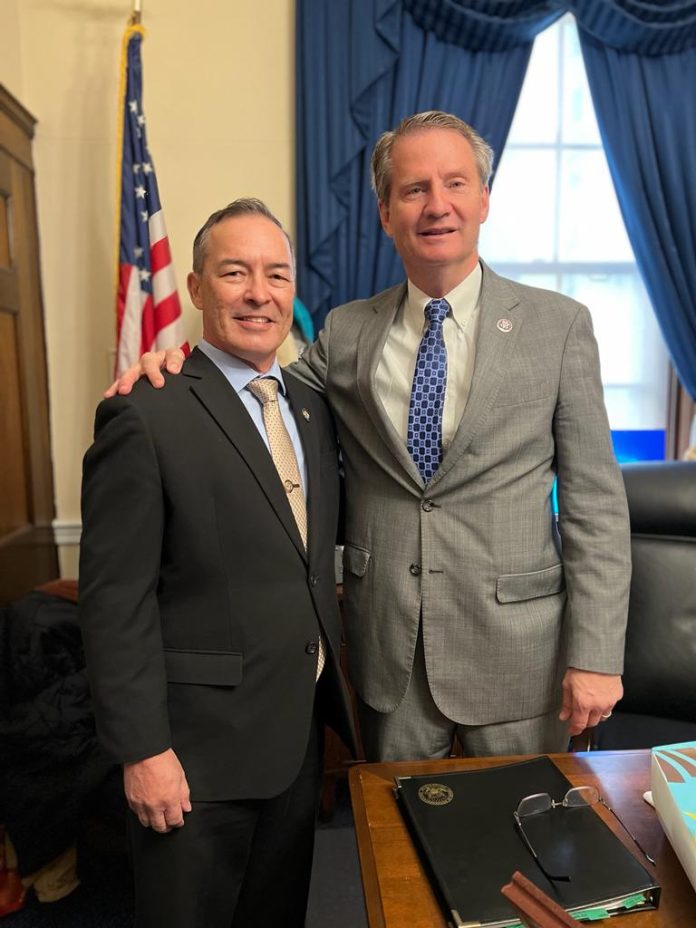 Last week, Senator Moylan joined Congressman San Nicolas on his trip to DC to get a feel of the position after picking up a congressional packet for the upcoming election.

Congressman Michael San Nicolas was in D.C. to introduce H.R. 6504, the Native Pacific Islanders of America Equity Act would allow CHamoru-owned businesses to qualify and be higher up in ranks for federal contracting opportunities through their participation in certain small business programs just like Alaska and in Hawaii. H.R. 6504 also requires the Governor of Guam to establish a database for verifying Native Chamorro ancestry and other purposes.

In a press release, Senator Moylan stated he felt that as we head into an economic recovery phase, it was critical to complement the efforts of the Congressman and others in reaching to the other side of the political aisle to educate lawmakers on issues such as veteran funding, COFA which stands for Compact of free association and SSI.

During the trip, Senator Moylan had met up with other members of Congress to discuss Guam issues and build a relationship with them.

Senator Moylan added that he was able to build on the relationships established with territorial Delegates.

In an interview with PNC, Moylan said did not confirm that he will be running for US Delegate to Congress, but he had said that he is seriously considering it.