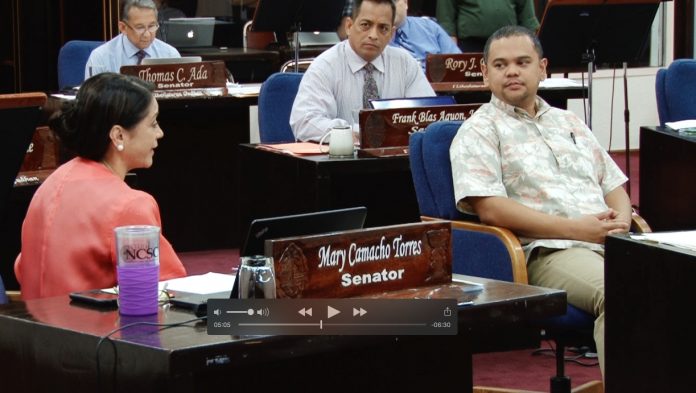 Guam – Today at session, discussion on senator Dennis Rodriguez bill to enhance smoking restrictions resumed, this time senators argued about the penalties and the enforcement of those penalties for people who get caught smoking while driving in a car with a minor.

Senator Dennis Rodriguez’s bill 143-33 would amend parts of Guam Public Law and the Natasha Act to increase enforcement of the Natasha Act, which bans smoking in public areas. An amendment was added to include bars as a list of banned places where people cannot smoke. Also decided, was to delete the provision of who can enforce violators of the Natasha Act. Previously, the bill would’ve allowed civilians  to make citizens arrest and bring forth civil suits to anyone violating the act by smoking in a banned place, with the deletion of that provisions, enforcement would go to private security companies.

The first offense for anyone smoking while driving in a car with a minor is a $100 citation.

The second offense fines the offender no less than $100 and no more than $200 and if the offender pleads guilty, to avoid court appearances, they will be allowed to pay $200.

For the third offense the offender must pay no less than $200 and no more than $500 and if the offender pleads guilty, they can pay $500 to avoid a court appearance.