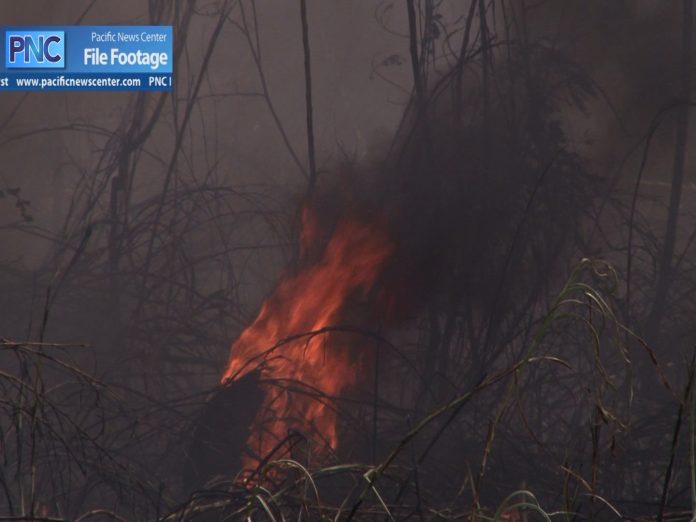 Guam –  Guam Fire Department Chief Dan Stone said it doesn’t take rocket science to figure out that burning should be avoided at the peak of drought.

The island is currently under a fire watch, Stone warns. With this in mind, he wants the public to practice fire safety.

“You know, right now it’s just not a good idea. I mean look at all the fires we’ve had as of late. We’ve had fire crews out, for hours on end, trying to extinguish these grass fires and it’s causing quite a bit of damage to our environment.” Stone said.

GFD enouraged the community to take these precautionary measures  to prevent fires. Stone mentioned two of the most recent ones that hit the island, like the Santa Rita blaze that engulfed more than 450 acres of land along Cross Island Road and the Barrigada garbage fire over the weekend.

GFD units and the Guam Environmental Protection Agency jointly responded to the Barrigada fire, according to Stone. In fact, he said local and federal authorities are working collaboratively to put out these fires.