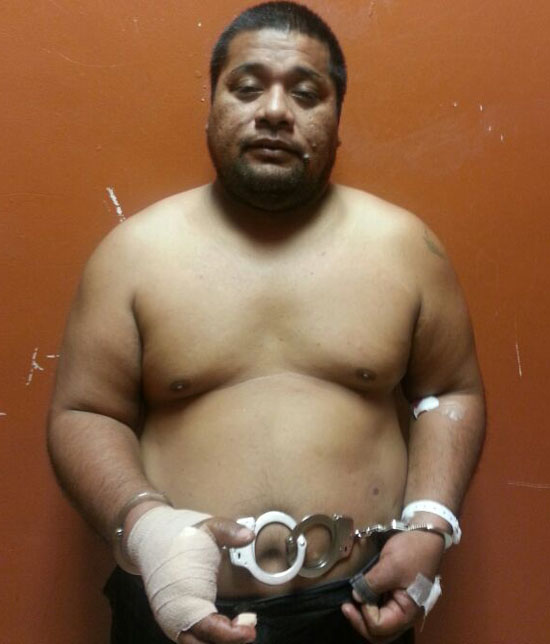 Bokun was found dead on the driveway of  #11 Kamute Street early Sunday morning.

Police arrived at the scene about 12:30am and, according to the Magistrate report, Bokun was “covered in blood” and he “did not appear to be breathing. He was unresponsive.”

READ the Magistrate report HERE [last one down]

A witnesses at the scene told Police that Bokun and Suda were “talking”. The witness walked towards the sound and saw Suda holding a kitchen knife. Bokun was on the ground. The witness says he then saw Suda stab “the victim multiple times in the chest area.”

When police spoke with Suda, they observed that he “appeared to have a one to two inch laceration on his palm are under his thumb.” Suda reportedly told one Officer “whatever they said I did .. Just blame me and no one else. I can’t remember what happen .. my mind is going crazy.”

Suda’s 35 year old brother was also stabbed in the eye during the altercation. He was reported to be in stable condition this morning at GMH.

Guam Police Spokesman Officer A.J. Balajadia told PNC News that “Officers at the scene told me that alcohol was definitely a factor. It just kind of escalated from a disagreement to a full on fight involving a person with a knife, and that person has been charged.”

READ the 2 releases from Officer Balajadia below:

ASTUMBO DEDEDO – !2:32am, Sunday, April 13, 2014, officers responded to a disturbance call on Kamute Loop.  Upon there arrival, one person was dead, m/chuk/37/Dededo, another, m/chuk/35/Dededo, was transported to GMH and the suspect m/chuk/38/Dededo, had also received injuries. The injuries to all involved appear to be caused from a knife. Alcohol may be a contributing factor in this disturbance.  Detectives from Criminal Investigations continue their investigation into this case.  No one has been charged at this time.

The 35-year-old and the suspect are both being treated and are in stable condition.

Arrested for Murder, Aggravated Assault, Assault, Family Violence, Use of a Deadly Weapon in the Commission of a Felony, Reckless Conduct and Terrorizing.  Booked and confined