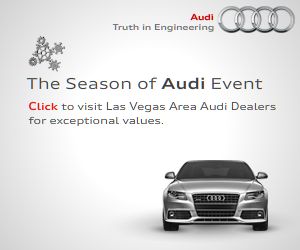 Guam – A family members say that the body of a Guam Airman murdered in Las Vegas last week will be flown back to Guam for burial later this week.

His sister in law, Lena Paet of Yona, told PNC News Sunday that funeral arrangements have not been finalized. Paet grew up in Yona. He leaves a wife and 4 children behind.  However, Lena Paet said rosaries will be held nightly this week at St. Francis Church in Yona at 7:30 pm.

KTNV -TV in Las Vegas reports that Paet joined the Air Force in 2002. He was stationed at Nellis Air Force Base outside Las Vegas since November 2007. He was an F-15 supply section technician assigned to the 757th Aircraft Maintenance Squadron at Nellis.

The ABC affiliate reports Paet “suffered multiple gunshot wounds during an incident which occurred at approximately 11:30 p.m. Dec. 1 in the 9200 block of Alta Monte Court, located in Mountain’s Edge, a community in southwest Las Vegas. “

The Las Vegas Journal Review quotes Paet’s niece, Tianie Nauta as saying “He was a great man overall.  I don’t see why anyone would want to do this to him, honestly.”

The paper also quotes Las Vegas police as saying the evidence indicates that someone was lying in wait for Paet to go to work. According to the report, “Witnesses told police they saw a man in a tan or brown hooded sweatshirt running east on Alta Monte Court at the time of the shooting. He then entered a black car.”

Las Vegas Homicide Section Lt. Lew Roberts is quoted by the paper as saying that “”It doesn’t appear the guy had any enemies, work issues, et cetera.”  However they say have no motive for the killing, yet. And no arrests have been made.

Meanwhile, Paet’s Squadron Commander, Lt. Col. Shane Henderson, told the paper “Sergeant Paet was an exceptionally talented and dedicated professional airman. He and his family are in our thoughts and prayers during this difficult time.”

The family of a Nellis airman gunned down while leaving for work Wednesday night has been stunned by the news, describing the father of four as a caring family man who gave no one a reason to harm him.

“He was a great man overall,” said Nathan Paet’s niece, Tianie Nauta. “I don’t see why anyone would want to do this to him, honestly.”

Las Vegas police have not determined a motive for the 11:30 p.m. slaying, but they don’t believe Paet, 28, was the random victim of a robbery gone wrong. Evidence indicates that someone was lying in wait for him to go to work, police said.