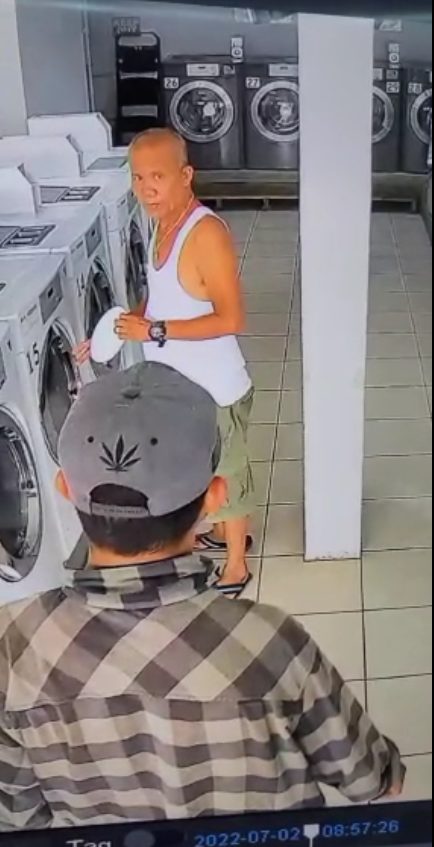 More on Crime – Multiple arrests have been made in connection to a viral social media post that shows a man being robbed while doing laundry.

Madison Newyear, Losanne Phaynid, and BK Kancy Petrus, were all all arrested over the weekend for robbery

Footage that went viral on Saturday shows a man in what appears to be a gray baseball hat and brown flannel, robbing a man at a laundromat.

In the video, the man wearing the gray hat had grabbed the laundry patrons gold chain, while tearing his white shirt.

According to an official magistrates report, the incident occurred at Bubble Laundry, which is located at Ysengsong Road in Dededo at around 9am.

Court documents further stated that the man in the gray hat left the scene in a a white colored sedan.

Later that day, the Guam Police Department were contacted by a caller who informed them that the white sedan seen in the video was seen near the vicinity of the Hemlani Apartments in Harmon.

Court Documents stated that the witness followed the white sedan to Northwest Plaza in Tamuning and pointed out the vehicle to GPD.

GPD then arrested Newyear, Petrus, and Phaynid, who were all in the vehicle.

Moreover, court documents stated that GPD also found a broken glass pipe with white residue in the car as well.

Petrus, who was a passenger in the car, addmitted that he was present during the robbery but claimed that it was someone else that stole from the laundry patron.

Phaynid on the other hand claimed that she was also at the scene but she was asleep during the robbery. Phaynid also claimed that Newyear was the driver during the incident and that another person was involved.

According to court documents the trio are charged with the following:

Newyear with Robbery and Possession of a Schedule 2 Controlled Substance, both as 3rd degree felonies, and theft as a misdemeanor.

Phaynid with Robbery and Possession of Schedule 2 Controlled Substance, both as 3rd degree felonies, and theft as a misdemeanor.

Petrus with Robbery as a 3rd degree felony and Theft as a misdemeanor.