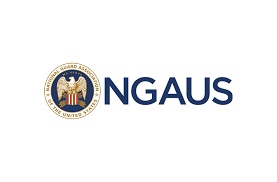 Retired Brig. Gen. J. Roy Robinson, president of the National Guard Association is applauding the President’s decision to provide Guard members who are fighting the coronavirus pandemic with medical coverage.

In a statement to the media Robinson said “we applaud President Trump’s action last night that will provide many Guard soldiers and airmen with the medical coverage they need to fight the nation’s greatest public health crisis in more than a century.”

“The executive order he signed authorizes state and territory officials for the next two weeks to mobilize Guardsmen under federal Title 32 for increments of up to 31 days. This is just enough for those mobilized to receive the military’s TRICARE medical coverage.

“President Trump had previously authorized the use of Title 32 funds for some Guardsmen mobilized by their states and territories to respond to the COVID-19 outbreak.

“This action covers the troops’ pay, while keeping them under the command of their governor, who knows best how to employ them in this crisis. Unfortunately, that authorization alone did not provide them TRICARE medical coverage.

“To be eligible for TRICARE, they needed to be on orders of more than 30 days. Until last nights’ executive order, federal authorities were only allowing states and territories to put their Guardsmen on federal orders in increments of 30 days — or one day short of TRICARE eligibility.

“Under those orders, Guard soldiers and airmen could go to military treatment facilities if they are hurt or fear they are infected with the coronavirus, but most are not serving near such a facility. Only TRICARE enables them to go to local doctors and hospitals without using their private insurance or digging into their pockets.

“NGAUS pressed hard for the president to add at least one more day to those orders.

“The move of Guardsmen from state active duty to federal Title 32 status has been slow and uneven. But thanks to this executive order, Guardsmen who do receive Title 32 orders now know they can get the medical coverage they need.