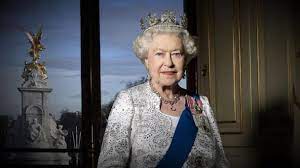 Queen Elizabeth II passed away this morning, aged 96, at Balmoral palace after a 70-year reign.

The end of an era

The Queen was the UK’s longest-serving monarch. She was crowned in June 1953 at the age of only 27.

Her son, now King Charles III, along with his wife Camilla, now Queen Consort, were at the palace with the Queen at the time of her death.

King Charles commented on his mother’s death saying, “We mourn profoundly the passing of a cherished sovereign and a much-loved mother.”

The Queen’s visit to Guam

Guam received a fond visit from the Queen back in 1975, when former governor Ricardo Bordallo and his wife Madeline Bordallo were in office.

In an interview with K57’s Patti Arroyo, Madeline spoke about the protocol and her experience during the Queen’s visit to the Island after last May marked 47 years from her stop in Guam.

“We were informed in 1975 that the Queen and Prince Phillip would be visiting Guam,” Bordallo said. “You know that was something else.

“We got a call from Buckingham palace to make ready and to talk to us about the protocols to adhere to during her visit.”

She added, “I was thrilled to death that we were able to, and I always mention it. What were your most memorable days when you were in the government house and I say, well it has to be the visit of the Queen and the Prince of England.”

The Queen arrived at Guam’s International Air Terminal in a British Airways aircraft with 30 other members of the royal family and stayed on the Island for a short period.

In another interview with Patti Arroyo, Department of Administration director, Edward Birn, who grew up in the UK commented:

“Although I spent more of my life away from Britain, I spent the first half of my life there. Britain is a different place from the place it was when she became Queen, and she’s managed to keep the place together.”

Birn ended with, “Let’s just say: God save the King!” 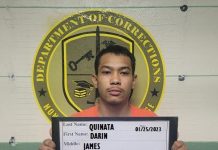 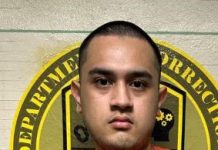