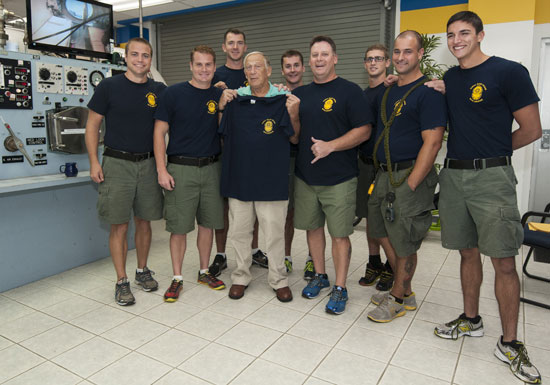 “I was just sitting on the bench and all of a sudden my toes started going numb,” he said, recalling the day he was diagnosed with decompression sickness after a dive. “Then probably within two or three seconds it was up to my ankle, then I was numb up to my knees, then I got numb up to my waist, and then I felt like I couldn’t move anything. They brought me [to the dive locker], the crew here loaded me up, put me in [the dive chamber] and from there, I don’t remember. I was in so much pain. How many hours I was there, I don’t know.”

After three weeks of treatment from the NBG chamber team – Bressie was able to walk out on his own on July 3.

Decompression sickness, also known as the bends, is a sometimes fatal disorder characterized by sharp bilateral hip pain, paralysis and difficulty breathing caused by the release of gas bubbles from the tissue upon a rapid decrease in hydrostatic air pressure after an extended period of time in a compressed atmosphere.

For divers, this means if you surface too quickly from a dive, you run the risk of contracting this dangerous disorder.

“When people go down and they dive for a long time and they come back up, it’s a little like taking a soda can and vigorously shaking it and then popping the top, except instead of soda coming out, we’ve got nitrogen – all these nitrogen bubbles coming into our body,” said NBG Navy Diver 2nd Class (DSW/SW) Mark Dvorak. “Those nitrogen bubbles can accumulate around your spine or brain, and they can cause multiple maladies – personality changes, paralysis, unconsciousness and death. What we do here is recompress the bubbles, allow time for re-absorption while flooding the body with 100 percent oxygen, allowing it to heal.”

“The first three or four rides in the chamber, I don’t remember,” said Bressie, a Guam resident. “I was in so much pain. But as the rides got a long, they got better. I could remember the people; I could remember them taking real good care of me. I couldn’t ask for anything better.”

The experience for Bressie was an emotional one that restored his ability to walk after being paralyzed.

“These people here and the doctors are very professional; know what they’re doing and how to do it and how to get the results from it,” he said. “As it went along, my days in the hospital got better; I got better at this and I told the master diver, ‘I’m going to walk in there and I’m going to walk out.’ And I finally did that. I can’t praise these guys enough that they gave up so much of their time for me.”

NBG Command Master Diver, Master Chief Diver (MDV) Rodney Atherton said the dive chamber on NBG is the only one in the region that serves to treat both military and civilian personnel. 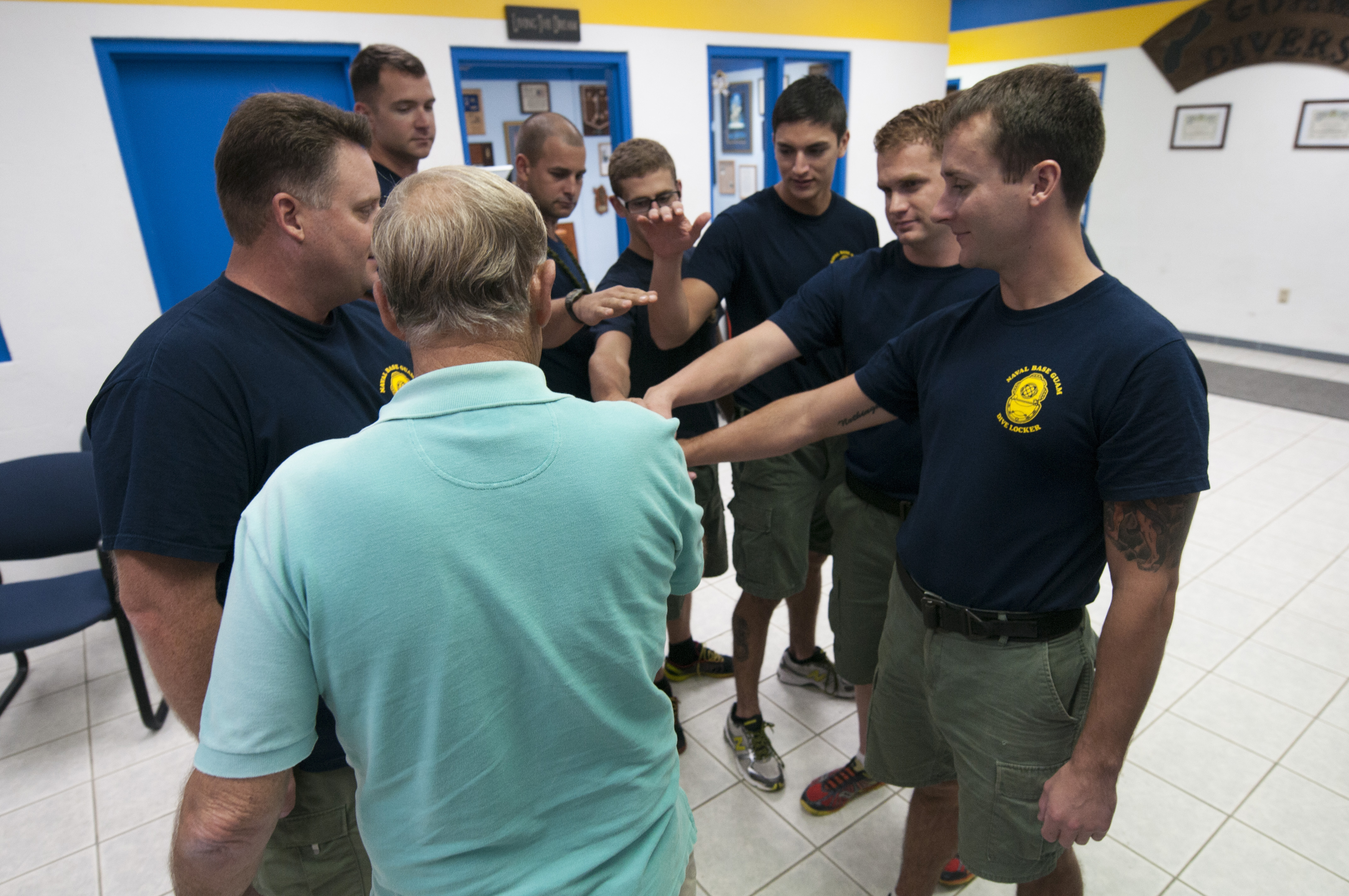 “Our main mission here is to serve the civilian population and military population and all of the active duty that are actually getting qualified here on Guam,” Atherton said. “We have a huge pool of people and probably one of the largest in all of the military that sees so many dives and then, on top of that, so many diving injuries. Without this chamber, there would be so many people hurt and no ability to get treated. We’re part of this island; these are our brothers and sisters underwater and even though we’re military and they’re civilian, we’re all part of one team.”