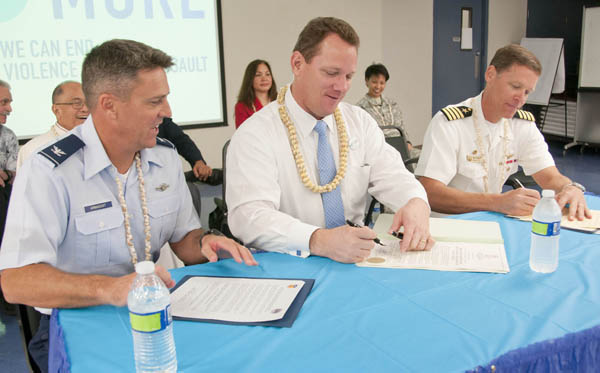 April was declared Sexual Assault Awareness and Child Abuse Prevention Month in an effort to encourage community members to take an active stand against these issues.

“This is not just a military problem,” said U.S. Naval Base Guam Commanding Officer Capt. Mike Ward. “This is a community problem that we need to collaborate together to address.”

Military and government of Guam advocates share information and work with each other to foster relationships and spread awareness of these issues that affect the community.

Ward emphasized that although the military has many programs specific to sexual assault and child abuse, it is important for every organization to share information in order to prevent such crimes.

“Bringing our programs and tying them into the local community has been our biggest achievement,” Ward said. “When we get that synergy and partnership, we will learn from each other.”

According to Lt. Governor of Guam Ray Tenorio, the average number of child abuse cases in 2011 was about 10 per month. 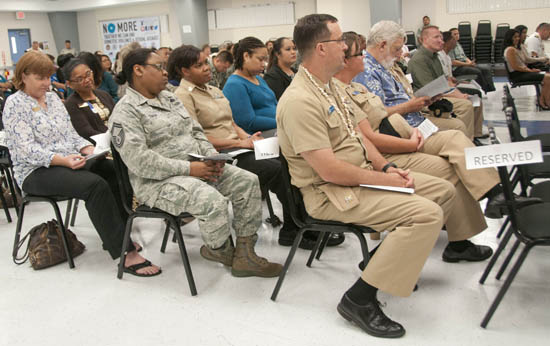 “Every individual who is the victim of this sexual assault and family violence are scarred in a way and we as a community are responsible for acting in the best interests of those victims,” Tenorio said. “We as individuals need to reach out to our families and be that channel to be able to give back, to be able to report.”

36th Wing Vice Commander Col. Jason Armagost signed the Air Force’s proclamation and said although programs are in place, communities need to be aware of the issues before they can be resolved.
“The first thing that has to come from these programs and do them together is awareness,” he said. “We learn from each other and we get at these problems together.”

The military will hold various events throughout the month to educate the public about preventing and reporting sexual assault and child abuse.