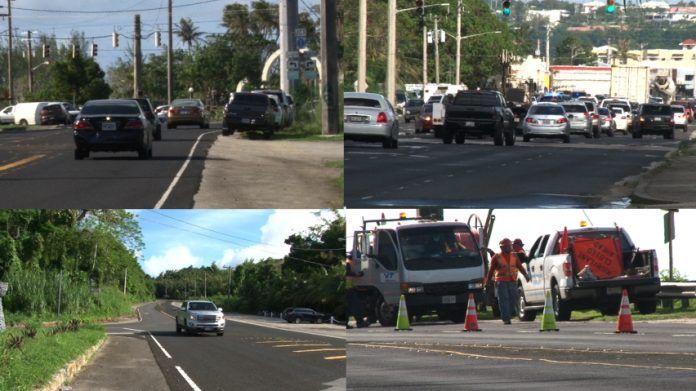 Guam – The Navy is installing new fiber optic cables along Rt.1 and Rt.6

The project began yesterday and according to a release from Navy Public Affairs, motorists should expect traffic delays due to some possible lane closures. The Navy contracted project will run along Rt.6 up Nimitz hill beginning at the Ricardo J. Bordallo Governor’s complex at Adelup. Fiber optic cables will also be installed Along Rt.1 beginning at Adelup and ending at the U.S. Naval base Guam. The installation of these cables is needed to improve the communication systems and network capabilities for the island’s military installations. The project is not expected to be completed until May of next year.