Guam – Representatives from dozens of government,  military, aviation and shipping organizations partnered to educate and understand threats to airline security and commercial aircraft in Mangilao, Aug. 23.

Sponsored by the Department of Homeland Security (DHS), explosive specialists from the Transportation Security Administration (TSA) replicated a dozen scenarios where explosives could be concealed in belongings or hidden on a person. U.S. Navy and Air Force Explosive Disposal Ordnance (EOD) technicians assisted with rigging the charges and detonating each example to showcase the deadly and destructive potential of explosives.

“In any work environment, the team work and collaboration among the different agencies is absolutely critical that we work together,” said Brian Cahill, Federal Security Director DHS, TSA on Guam. “When you come to an island like Guam, the importance of those relationships is increased exponentially because we all realize that if some type of tragic event occurs, (natural or manmade) we will recover much more quickly than if we were operating independently.”

The multiday event marked the first ever collaboration of so many various inter-connected agencies on Guam said Brian FitzGerald, lead transportation security specialist explosives, for DHS and TSA.

“It’s an opportunity. The law enforcement officers understand the threats, they train on those things and see the materials often but you talk about the civilian entities,” he said. “They don’t necessarily get to see these things on a regular basis so it drives home the point of why our inspection teams, our canine teams are out there every day. There’s a reason why we are doing what we are doing and it’s for the safety and common good of the travelling public.”

“The interagency cooperation has been fantastic,” said Cahill. “Although this was a TSA sponsored event, it was truly a joint effort to bring all this together. It was good team work and a good team effort.” 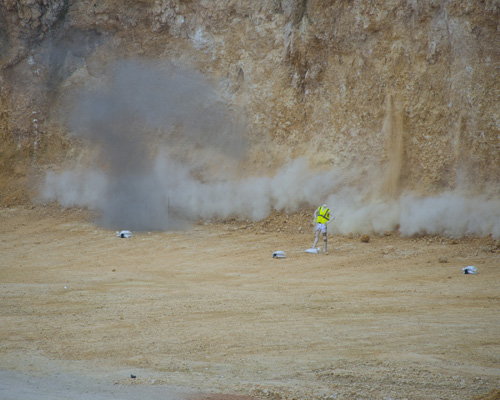 FitzGerald said TSA employs a number of explosive experts to demonstrate demolitions practices and how chemical compounds can be used in commercial aviation airline attacks; however, the work ethic he saw from others made the training unparalleled.

“We could not have done this training without the Navy and Air Force EOD detachments. They came out and did an outstanding job,” he said. “The teams here are the best in the region and we are lucky to have them on the island. Those guys are very professional and I cannot thank those guys enough for what they do on this island on a daily basis.”

Cahill said the stakeholders expressed gratitude for the opportunity to partner with so many agencies at one time so any threat, natural or manmade, could be effectively mitigated.

“Hopefully they will have a better understanding of what officials are looking for in our TSA checkpoints and the baggage checked into commercial airline flights,” he said. “Together, we help ensure aviation security at our airport and everyone in Guam is as safe and secure as possible.”

Based on the positivity of the feedback and success of the training, Cahill said training evolutions will occur regularly in the future.

“We recognize that commercial aviation is a big piece of the Americans people’s freedoms and we at TSA never want to see another 9/11 or anything remotely similar to it.” 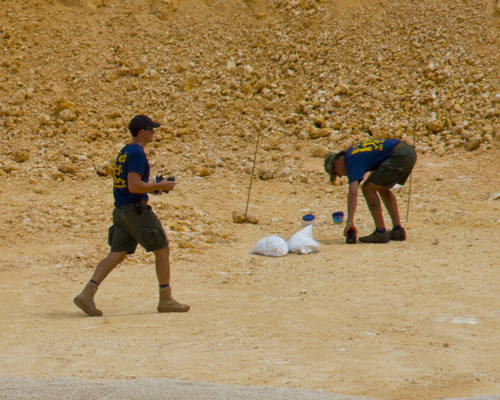