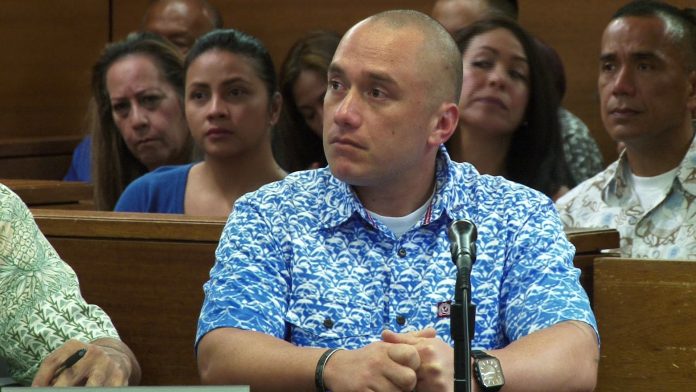 Mark Torre was taken to the Naval Hospital after he allegedly shot Sgt. Elbert Piolo to death.

Guam – A legal officer for the Naval Hospital has been subpoenaed to testify on all medical records related to former police officer Mark Torre Jr.

Torre is facing murder charges in the shooting death of police officer Sgt. Elbert Piolo in July of last year. A subpoena was issued today for the Naval Hospital legal officer to come prepared with Torre’s medical records. Torre’s defense has disclosed to the prosecution that they may be using PTSD or post-traumatic stress disorder as one of the many defense strategies they’ve offered up. The Naval Hospital would have records for Torre if he was ever treated for PTSD there. Torre was also transported by ambulance to Naval Hospital after he allegedly shot Piolo in the chest. Naval Hospital was subpoenaed to appear on the next scheduled hearing of August 15, however, the Attorney General’s Office is seeking to reschedule that hearing to some time after August 23rd, which is when Lead Prosecutor Phil Tydingco gets back from off-island.