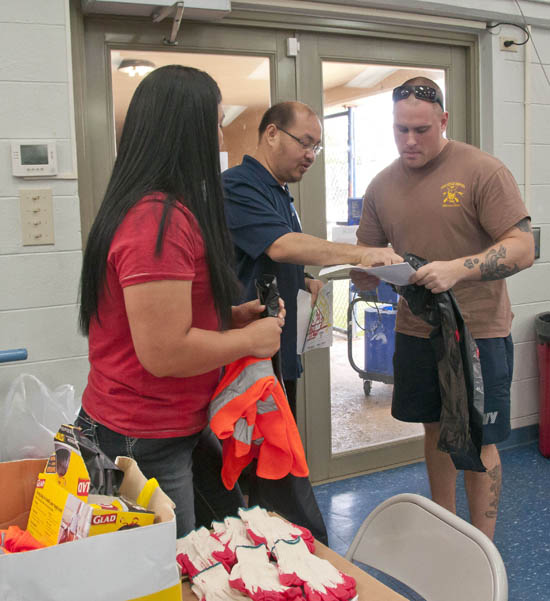 Sinajana, Guam (NNS) — Sinajana has a new facelift thanks to Coastal Riverine Group (CRG) 1 Det. Guam Sailors and families, who picked up trash along the village’s thoroughfares March 22.

Sinajana Mayor Robert Hofmann said CRG-1 Det. Guam has participated in various community activities in the village to include cleanups, helping at the senior citizens center and participating in the village’s school events.

“They could be doing anything else on a Saturday morning but they chose to be here in our community of Sinajana so we’re really pleased at that,” Hofmann said. “We’ve been together with our sister command for about 10 years and it’s wonderful. I don’t know if this program exists anywhere else throughout the world but it’s a great image for the military and very beneficial for our schools and community.”

During the event, volunteers divided into groups and picked up trash along the village’s main and side streets as well as the cul-de-sacs.

Master-at-Arms 1st Class (EXW) Thomas Trowbridge said he is glad to participate in outreach events that reinforce camaraderie and partnership between the Navy and village residents.

“I volunteered for the COMREL today because I believe indubitably in strengthening the ties between Guam and the Navy community, and I think it’s an all-around good thing for all parties involved,” he said. “I think it fosters a good relationship because a lot of Sailors are here for more than a year. We live here, we all live together and I believe that when we all pitch in and help, everybody will be happy.” 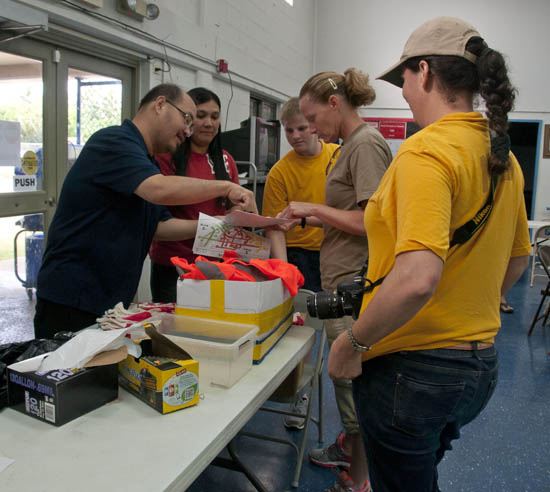 More than 25 Sailors and family members volunteered their time as part of the command’s sister village program. Approximately 150 pounds of trash were collected within the four-hour community outreach event, according to Hofmann.