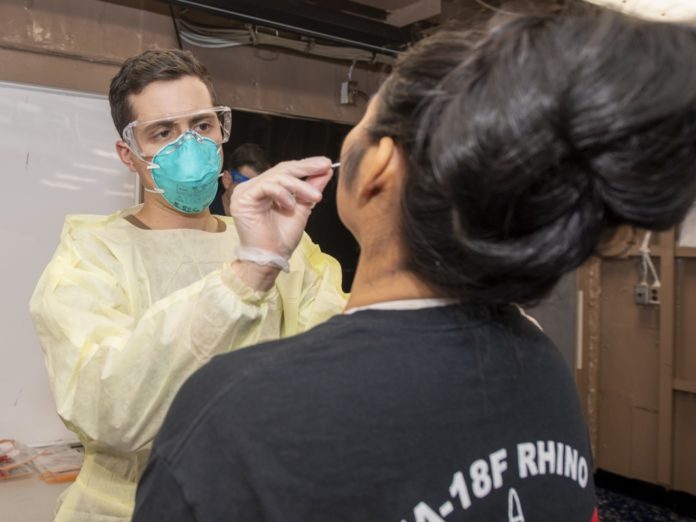 The Navy wants to keep its sailors on Guam for another week beyond this weekend, according to the Governor.

During Wednesday afternoon’s news conference, she said Joint Region Commander Rear Admiral John Menoni told her this morning that he had hoped to have all the sailors back on the USS Roosevelt by this weekend in order to get the ship ready to head back out to sea.

However, Menoni told her the decision was made to keep them in quarantine for one more week.

“This is just to make sure that they go beyond the 14-day quarantine, which is the life cycle of the virus but to go one more week because what they want is to make sure that when they do set out to sea, that they won’t have any incidences of coronavirus,” the governor said.

In related news, the Navy on Wednesday reported 32 more sailors off the USS Roosevelt have tested positive for COVID-19, raising the total number of crew members who have contracted the disease to 710.

The number of sailors who have tested negative has declined, once again, by the same number.

The Navy has acknowledged that some sailors who were initially negative were later found to be positive after re-testing. Some of them were quarantined at various Guam Hotels.

In addition, nine sailors are now hospitalized after one more sailor was sent to Naval Hospital for care. However, the sailor previously reported to be in the intensive care unit is no longer there. The Navy says none of the nine sailors is in the ICU at this time.