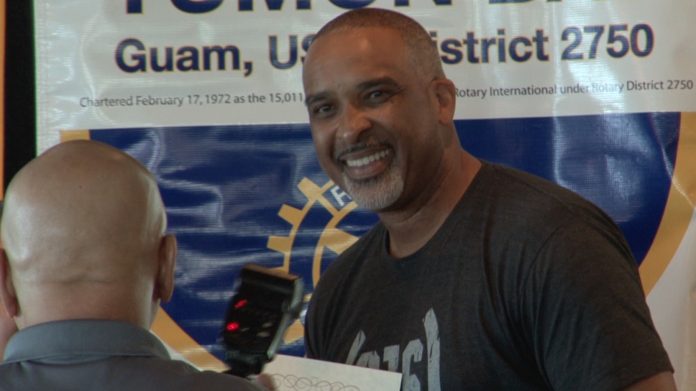 Cleveland Cavaliers Assistant Coach speaks of his time on Guam after completing basketball workshops with players.

Tumon, Guam- Assistant Coach of the Cleveland Cavaliers, Phil Handy, spoke to Guam Roatary Club members about his time with the two NBA players, Gerald Green and J.R. Smith, whom he hosted numerous basketball workshops with over the past week on Guam.  Coach Handy mentioned that he is familiar with Guam since his Father once helped build Guam’s Hyatt hotel with his family construction company and his brother married a Chamorro woman while spending 10 years on the island.  He expressed his love for the hospitality of the island and that Guam brought him back to memories of why he began in his career.  The coach conveyed a message that he plans to return in the future and bring back more players to Guam.  He also mentioned that both J.R. Smith and Gerald Green love Guam and would like to return.

Handy shared, “Being back here this week has really kind of brought back a lot of memories of how I got into the business and how I got into coaching.  So it’s been really fun to come back and reminisce and bring up some old feelings of what it was like to be in the gym with kids that are really trying to learn and become better players.”