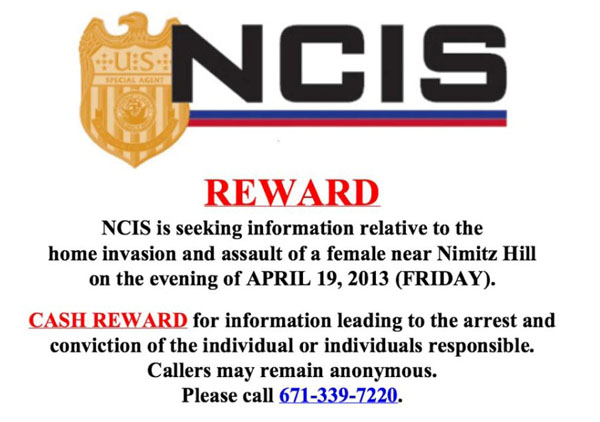 Guam – Naval Investigative Services has issued a reward notice for any information about the invasion of a home on Nimitz Hill this past weekend during which a woman was bound, gagged and beaten during an apparent robbery.

The 27 year old woman was left unconscious and in critical condition with head injures following the incident. Her condition has since improved to stable.

Investigators with the United States Naval Criminal Investigative Service [NCIS] are working with Guam Police on the case because the woman is a military dependent. her name has not been released.

The announcement from NCIS does not say just how much of a reward is being offered, but it asks anyone with information about the crime to call: 339-7220.

The incident occurred at 161 Ocean View Drive. Two men, roommates, returned to the home about 1:30am, early Saturday morning.

They discovered that the sliding door to the garage was open, the interior lights were on and numerous personal items were scattered about the entrance to the garage. Inside they found their roommate on the floor, bound, gagged and beaten. Police said she was “unconscious” and “semi- responsive.”

2 personal laptops were taken from the residence during what was an apparent robbery. 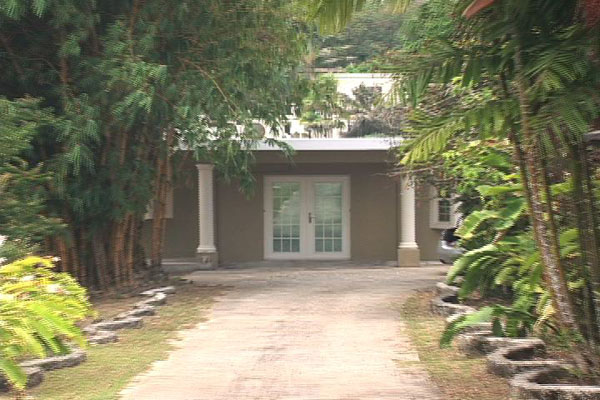 The Guam Police Department is asking for the public’s help. If you have any information about this case, please:

Information can also be sent the Crime Stoppers web page at, http://guam.crimestoppersweb.com.

Guam Crime Stoppers does NOT use caller ID and you DO NOT have to leave your name.