Sgt. Aguon said family members identifed the woman Monday night. The Navy, in a release Tuesday, said Sterling was a Sailor attached to the Naval Computer and Telecommunications Station [NCTS].

Sgt. Aguon said Sterling had been riding a 2008 Harley Davidson “Night Rod” traveling south on Route 2 in Agat by the 76 gas station. He said Timoti was operating a 2003 Toyota Matrix traveling north in the “southbound lane,” when the crash occurred about 5pm.

*  Driving Other than Right hand side of Roadway;  DUI;  DUI with BAC grater than .08% ;  No Drivers License and Vehicular Homicide. 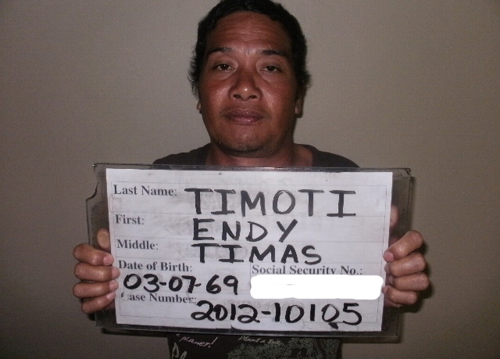