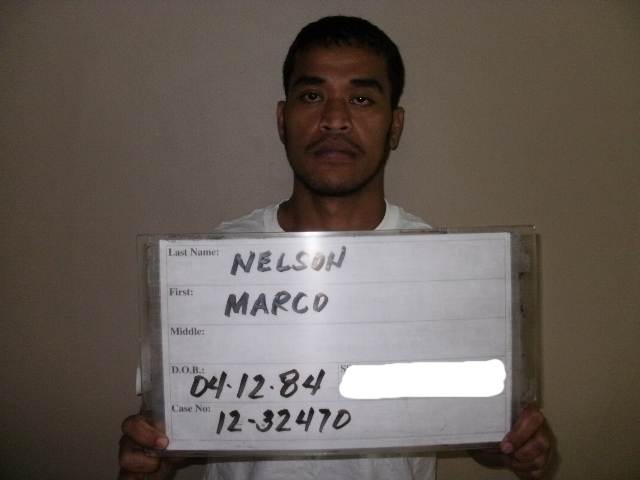 Guam – The four-year-old girl who died about two weeks ago in a high speed car-crash was the daughter of the man accused of running a red light while eluding a police officer, crashing into a utility pole.

Nelson’s daughter was identified as “Daidenara” and for the first time, Nelson, who spent about a week at the Guam Memorial Hospital, provided details to police about what happened the night of the fatal accident.

He told police that on the night of October 24, he picked up his daughter from her mother’s work at an eatery in Tumon. He made a stop to his brother’s home where he, his brother and two other friends shared a 12-pack of beer. Nelson then drove to another brother’s house with his daughter where they ate dinner before heading home.

He told police that “while driving on Route 8, [Nelson] made a U-turn near the Shell Service Station” then noticed “blue police light very far in the back of him.”

“Believing that he was too far away to be caught, he accelerated. He estimates that he was driving approximately 45-50 miles per hour,” court papers said.

However, police and witnesses at the scene say that immediately after the collision, Nelson repeatedly claimed that he was not the driver of the Toyota Yaris.

Officer Ogo also gave a chilling account of how he discovered Daidenara in the backseat of the Toyota Yaris. He says the front passenger seat was fully reclined backwards from the impact of the crash and as he shined his flash light through the right backseat window, he noticed strands of hair.

“Upon opening the door, the head and upper body of a female child became exposed. She was lifeless and appeared not to be breathing. She was held in place on the right rear passenger seat only by the lap portion of the seatbelt while the shoulder strap was [behind] her back,” Ogo wrote in a statement.

Only after Officer Ogo asked if the little girl was his daughter did Nelson reply yes. “There was a lack of concern on Mr. Nelson as he made no mention at any time that his daughter was in the back seat,” Ogo says.

Daidenara died the following morning at Naval Hospital of a fractured neck and crushed abdomen, according to Medical Examiner Dr. Aurelio Espinola.

According to police, Nelson’s blood alcohol content at the time of the crash was .176, more than twice the legal limit. He is being held on $100,000 cash bail and has a preliminary hearing on November 8 at 4 pm.