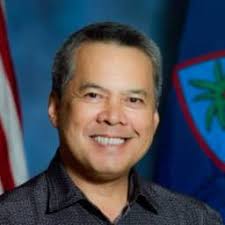 Guam – It seems fanning the embers of the Port 7 debacle has scuffed out the flames of former Port Board Chairman Dan Tydingco’s nomination to the Guam International Airport Authority Board.

According to Nelson, her decision to keep Tydingco’s nomination from gracing the legislative floor had much to do with claims made by Sen. Torres, who was the port general manager during Tydingco’s term on the board.

Torres’ letter to the acting speaker highlighted apparent anomalies at the port, including Tydingco’s alleged secret board meetings, which she  said were revealed in an email correspondence she received.

In addition, Torres pointed to his alleged cozy relationship with the Port’s legal counsel Michael Phillips that the senator said permitted the tardy submission of legal bills months after services were rendered.

“Mr. Tydingco’s management of the Port Authority of Guam’s legal fees raises concerns given the challenges that await GIAA…adding that by extension, he permitted irregular and severely delayed submission of legal billing invoices at the Port, casts doubt on his ability to do so at the GIAA,” Nelson said.