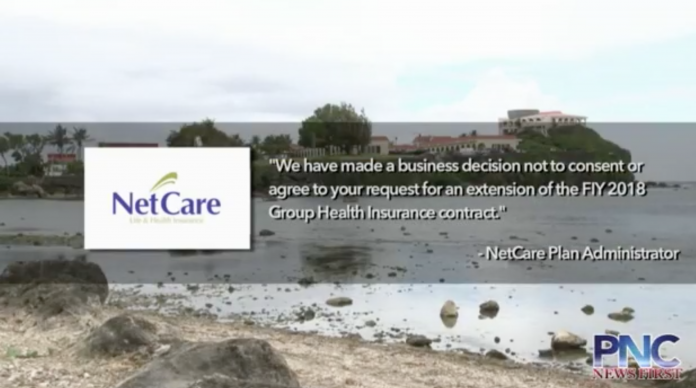 Guam – As the legislature rides out the final weeks of the fiscal year scrambling to find a solution to a gaping fiscal shortfall next fiscal year, another festering problem, GovGuam employees could lose health insurance coverage come October 1.

Late last month Department of Administration Director Ed Birn wrote to the insurance agencies currently contracted with GovGuam, asking for an extension of the group health insurance contract for up to 12 more months.

The reason? A protest filed by Take Care Insurance will likely delay the implementation of a new contract by October first or the start of fiscal year 2019. Take Care filed a protest against GovGuam over its requirement that the Guam Regional Medical City to be included as a participating provider for the government’s health insurance contract.

Of the four major insurance companies, Take Care is the only agency that does not provide coverage at GRMC.

Because of the protest, a stay was imposed on the procurement process while the next hearing is not scheduled until September 19.

So far, at least one of the three insurance providers have responded.

“We have made a business decision not to consent or agree to your request for an extension of the FY 2018 Group Health Insurance contract,” NetCare Plan Administrator Jerry Crisostomo said in a letter dated July 30.

Meantime, Calvo’s SelectCare Administrator Frank Campillo acknowledged receipt of Birn’s letter but declined to disclose their response, noting that it includes confidential information about the RFP. He did, however, tell us that SelectCare’s contract with GovGuam allows for a 90 day extension. Anything beyond 90 days will have to be discussed further, he said.