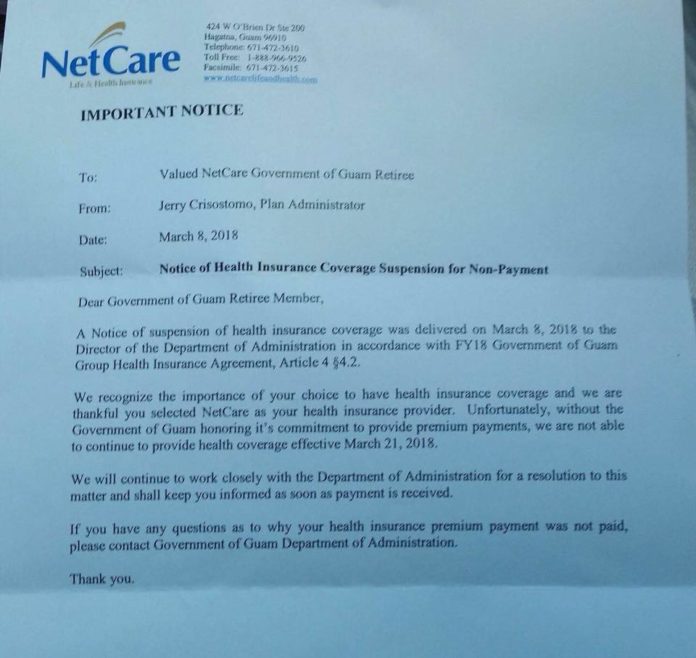 Guam – At least one health insurance agency has already threatened to cut off coverage to GovGuam retirees this month.

NetCare insurance sent a notice to its affected members and to the Department of Administration, warning that coverage for retirees will be suspended effective March 21.

The notice of suspension was sent last Thursday to DOA which indicates that DOA has not remitted payment to NetCare for the retiree health insurance premiums since October 2017.

A similar notice was sent to GovGuam retirees subscribed to NetCare.

NetCare Insurance isn’t the only agency who hasn’t been paid by GovGuam. Calvo’s SelectCare says GovGuam’s account is also in arrears.  Plan Administrator Frank Campillo tells PNC that SelectCare is owed about $12 million. Of that amount, the largest categories are retirees and the Guam Memorial Hospital.

Campillo says they’ve already put DOA on notice and will probably send another demand letter this week, however, he also says that they are committed to working with DOA to ensure there is no disruption in the market.

Calls to TakeCare Insurance were not returned as of news time.