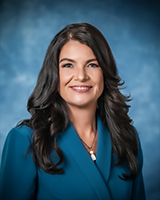 Lawmakers are proposing a bill that would allow first responders as well as community organizations access to an opioid overdose drug.

Bill 5-37, which is titled as the “Guam opioid overdose prevention act of 2023,” would allow for first responders and community organizations access to the medication “Naloxone.”

According to the bill, naloxone can be used during emergencies to reverse opioid overdoses and are effective at preventing fatal drug overdoses.

The new legislation cites the US Centers for Disease Control, who said that the number of Opioid drug overdose deaths increased by nearly 30% from 2019 to 2020.

Bill 5-37 further states that despite an increase in prescriptions for emergency opioid antagonists, “not enough of the medication is getting into the hands of those who need it most.”

The bill, if passed, would aid in the nation wide opioid crisis by allowing for easier access to emergency opioid antagonists, and educate citizens as well.

If passed, training is required for individuals to handle the medication.

The training will be through the Department of Public Health and Social Services – and will include:

How to screen a patient for being at risk of an opioid-related overdose.